The brand new Charlottenburg gallery space, established by Jean-Pierre Neumeister and Barak Bar-Am in cooperation with gallerist Ché Zara Blomfield, launched its first exhibition ‘Body Building’ in early September. The name of the show is twofold, referring at once to the architectonics of the human body and the treatment of architecture as the embodiment of a vulnerable physicality.

The eight artists showing in Body Building – Maurizio Anzeri, Hans Bellmer, Katalin Deér, Hugo Erfurth, Rachel de Joode, Stephanie Kloss, Daragh Reeves, and Henrik Strömberg – have in common the use of architectural forms in their work, whether depicted through photography, textiles, sculpture or collage. Though the participating artists span different time periods and media, the curators of Body Building have managed to expertly bring out their shared essence. 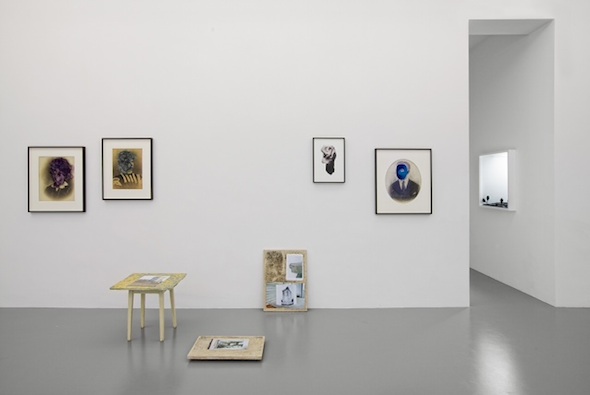 Stephanie Kloss’ photographic series Psycho Buildings is perhaps the most literal in its relation to the exhibition’s theme. Her work depicts, with uncanny proximity, the inner lives of some forgotten architectural masterpieces and monuments. Offering almost no context regarding scale or site, Kloss’ copper-toned photographs register the texture and detail of the buildings she presents, as palimpsests of time and memory. Her piece Untitled (Landmarke) is a photograph of a monument to the industrial origins of the Lausitzer Seenland, somewhere between Berlin and Dresden. In the photograph, the monument’s staircase is reminiscent of one from an Escher painting: its ceaseless and confounding geometry leaves no conclusion as to its function. In this way, she manages to approach a kind of psychoanalysis of certain built structures, and the way in which they ‘behave’ independent of their use-value.

The Body Building exhibition also includes several works by the acclaimed Italian artist Maurizio Anzeri, who is known for his exquisite renderings of antique portraits. The artist finds discarded black and white photographs at flea markets and junk shops, which he adorns with colourful embroidery thread. The added layers isolate the subjects’ features, encircling an eye in gilded thread as if to emphasize a vacant stare. The embroidery acts as a kind of architectural framework that sets apart certain components of the image, separating and augmenting their significance. In the context of this exhibition, it can be read as a commentary on the role of built forms in structuring and framing the way we approach the world. 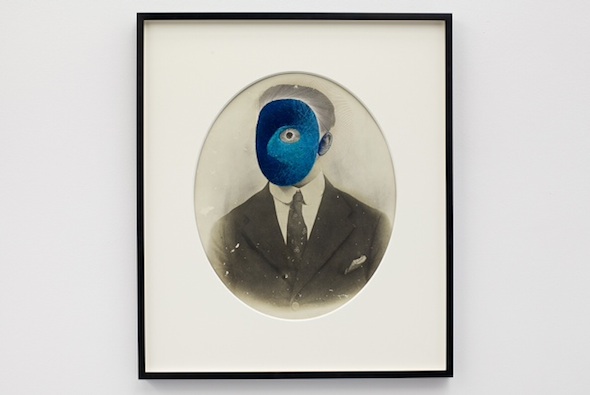 Berlin-based artist Rachel de Joode’s piece in the exhibition also deals with the body as a sculptural or architectonic form, but in a photo-surrealist manner. In her photograph entitled Venus, de Joode mimics classic Greek sculptures of bare-breasted women, created using simple, everyday materials. The juxtaposition of the carefully sculpted (yet entirely natural) female form and the trail of modern detritus serves as an adhoc, performative critique of traditional art forms. 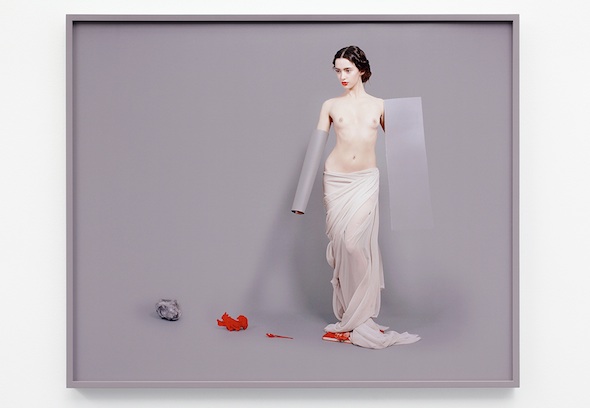 Henrik Strömberg, who will feature in the next solo exhibition at Neumeister Bar-Am (opening on November 22nd), deconstructs both the photographic and sculptural traditions in his works that straddle the border of either media. His new images, shown in the Body Building exhibition, consist of fragmented trophies stacked vertically with other found objects, which are then photographed repeatedly in different lighting and presented as negatives. His work is process-based and aims to dismantle the mechanics of both photography and sculpture for the viewer. 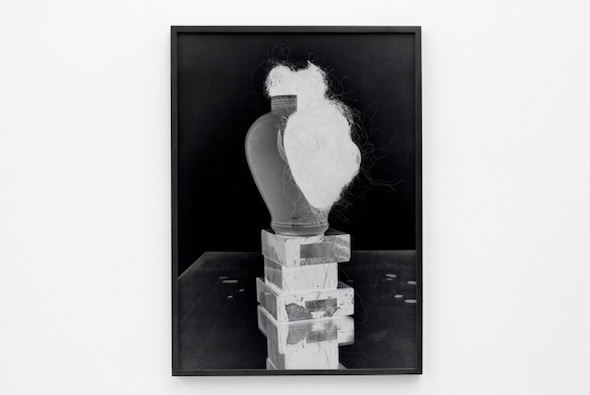 In addition to the ongoing exhibition, Neumeister Bar-Am has been developing a rotating ‘Schaufenster’ concept called ‘Der Würfel,’ which will showcase a different (and possibly unrelated) artist in a 80-square-centimeter ‘project space’ during each new exhibition. At present, Adrien Missika’s Alien Verein – an intriguing model apocalyptic landscape made of resin and plants – is on display in conjunction with the Body Building exhibition.

Alison Hugill has a Masters degree in Art Theory from Goldsmiths College, University of London. Alison is a writer, editor and curator based in Berlin.