Interview by Alison Hugill; Photos by Maike Wagner in Berlin; Monday, May. 04, 2015 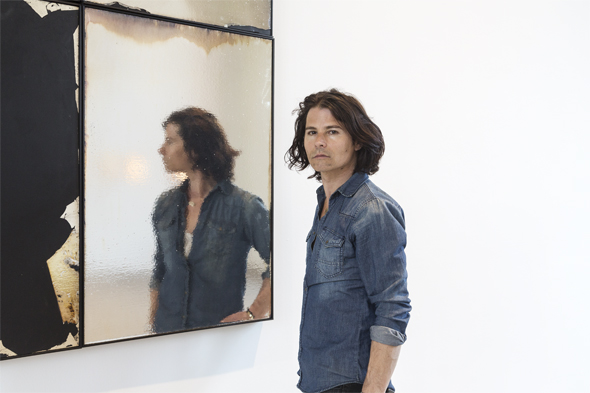 On the opening night of Nir Hod‘s solo exhibition at Michael Fuchs Galerie in Mitte, Berlin Art Link met up with the artist to discuss his recent works on canvas and sculptural installations. The bright, floor-to-ceiling windows of the gallery provide a perfect backdrop for Hod’s reflective, chrome canvasses and dim remnants of a past party life. Hod spoke to us about his nostalgic and paradoxical love of purity and destruction, encapsulated in his current show The Life and Death of a Star.

Alison Hugill: Your exhibition ‘Life and Death of a Star’ at Michael Fuchs Galerie shows recent works on canvas and sculptures. How do these new works relate to your overall project of exposing the ‘genius cult’ through themes of celebrity culture and its flip-side, death?

Nir Hod: When I thought about Life and Death of a Star I never thought about rockstars or celebrities: I thought about stars in the sky. Of course it’s also a metaphor for people. There is a pure moment when we just like something, without information, before it is conceptualized, or made ‘forbidden.’ This is our purest love.

I collect titles, they are really important for me: like ‘The Night You Left’ or my recent book that I published with my last show, ‘Once Everything Was Much Better Even the Future.’ Sometimes I start a work from a title alone. I had a work that I did a very long time ago on the wall of my studio. It was a dead flower that came poking out of the wall, with four chains coming out from it. There were dead butterflies coming from the chains and it created almost the shape of a woman with open legs. I called it ‘Life and Death of a Star’ and with a title the work became more powerful for me. People who visited the studio often asked me about it and it became an obsession for visitors. The piece grew slowly out over time, from the flower: it wasn’t planned but became an amazing installation that I hadn’t thought about before. Time can makes things more loveable, and that is very important to me, dealing with fashions and trends and their dramatic changes. 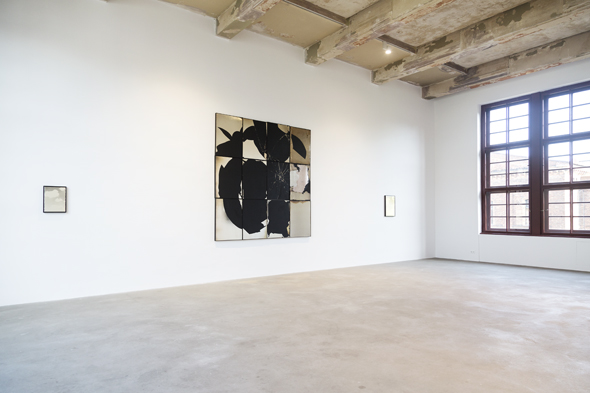 AH: Did having the title already in your mind inform the works you made for this show?

NH: It was the first time that I started to do abstract works. I worked a lot over the last seven years. I had a show called Genius and ten months after was Mother, based on this iconic photo from the Holocaust. I painted so much, over and over again. The Genius series was 102 portraits, then Mother was also full of repetition. It’s very challenging to do these hand paintings. It can be a torture to do the hair again, or the hand. I put myself into this situation but after I felt there was nothing more for me to give in terms of images.

At some point I wanted to make more abstract works – to take a certain detail and blow it up, so that it still has a realistic reference. Focussing on details can really change the way you see things. I started to work with chrome for this series, as I liked the idea of playing with light and darkness.

When I was working on Mother I had an archive of iconic historical images I was working from and I found one that was a wall of scratches. From my perspective it looked like a CBGBs bathroom, or a Stella McCartney, Alexander McQueen kind of vintage look of something shiny and dirty. I didn’t look at the caption on the image, almost on purpose. I gave it my own meaning. Eventually I noticed the caption: “Walls from the Auschwitz gas chamber.” This was so fascinating, to understand that there are these radically different worlds running parallel to each other and having the same look. I wanted to make more work with scratches, on chrome canvasses. I was inspired by Gerhard Richter as a student, his ‘Candle’ paintings – I became obsessed with the flame. 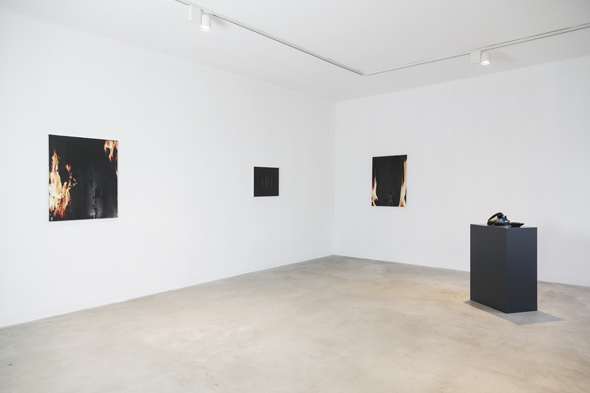 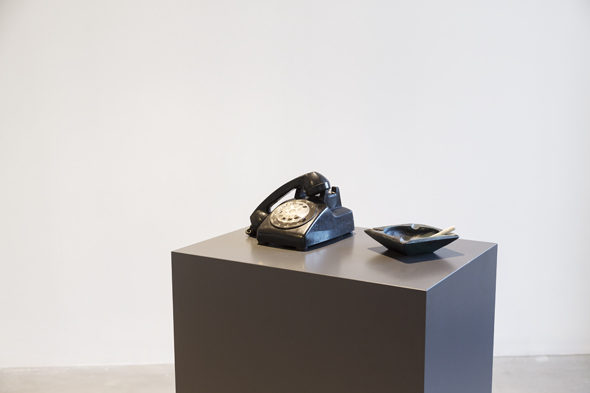 AH: How has your position as an Israeli artist living and working in New York afforded you new insights into this particularly American pop cultural world that inspires a lot of your artworks?

NH: To this day, the best places to collect inspiration for my work are either from old masters or in Times Square. For me, Times Square is like the best installation. In this show – using the reflective chrome canvasses – I want to think about our narcissistic society. I want to destroy or dissolve that culture in these works, to empty it of meaning.

I think life is so much better as a memory than in the present. I want to create an archive. That’s why I like the idea of objects emerging out of the darkness: it’s very dramatic and it gives a new appreciation to the object to see it in contrast. I used to be fascinated by these famous people who died young: they died because their flame burnt too fast, like a meteor.

There don’t seem to be any rockstars anymore, because we’ve all become like a product.

AH: In your recent Studio Visit with Berlin Art Link you mentioned that you also make yourself a product to a certain extent, perhaps as a commentary on this phenomenon. You even have your own merchandise shop.

NH: I love souvenirs. Not for my ego but as a way to connect with people, to be remembered. It’s like a memory from a person. It can be both very beautiful and very sad.

AH: You’re a sentimental romantic, then. Your thinking is quite unlike the ‘post-internet’ generation of artists that are active now in New York and Berlin, especially… where everything is fleeting.

NH: Yes, very much. But I like to keep it glamour, to maintain the paradox. When I was in Israel in the early 90s and I said I was interested in beauty, people laughed at me: they sent me to read Duchamp and Foucault. But I don’t think it’s so smart to use this theory in your work. When you’re in front of something really good, there’s not too much to say. When you fill it with too many words it can destroy the magic of the work. It’s beyond the intellectual – if you’re intellectual you can go beyond that to a place of pure feeling. 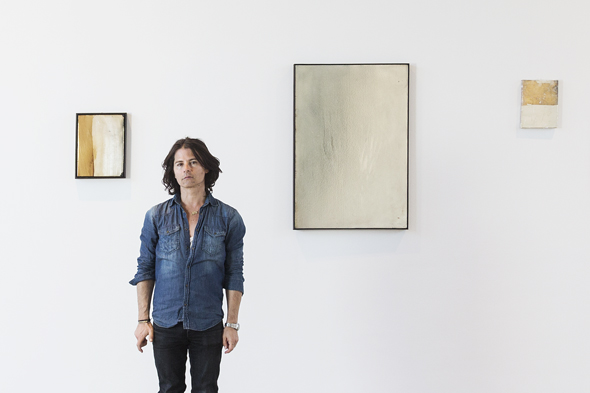 AH: But the titles are also very important to your work, as you say. They suggest more than what is purely felt from the images.

NH: The title does bring context and meaning to the work. When I thought of ‘Life and Death of Star’ it was like a puzzle coming together. I had to leave my studio after 15 years and even the floor was spectacular, all the paint and the details. The floor was similar to a title – you understand the context when you get these details. It’s a form of marketing when you understand the struggle that went into the work, or the narrative. If I showed you a stone from Jerusalem and told you this was the last stone that Jesus stepped on, in one second the stone becomes religious for you. It’s the same with celebrities.

The paintings in this show are still pure canvas works. I was thinking a lot about history and my time in New York. When I think about life I always think about these major, charismatic personalities: people who try to change the world. But also always on my mind is the opposite: something very sad, a desperate person trying to get their life back. In the exhibition, the works have a lot to do with destruction – things are falling apart – but in a beautiful and powerful, almost nostalgic way.