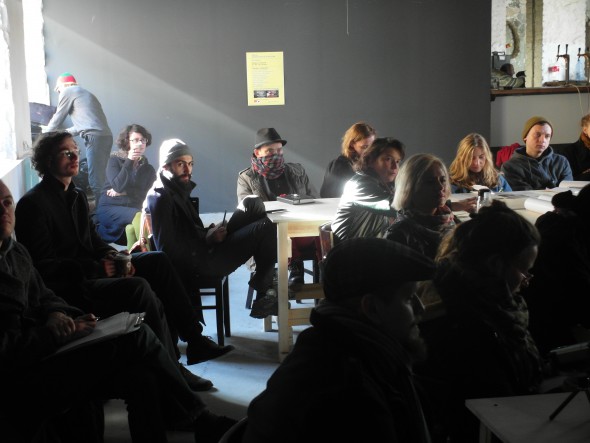 Chto Delat? (What Is To Be Done?) is a collective that was formed in Russia in early 2003, responding to “an urgent need to merge political theory, art, and activism,” as the group explains. On several occasions, the collective has brought the intensity of their politics and aesthetics to Berlin. Last spring they came to the city with an exhibition at KOW- Berlin and last August they brought their School of Engaged Art for a Summer Session in Berlin. The school is a significant part of Chto Delat’s practice: it is their point of intersection with other cultures and with artists of the future. Chto Delat’s focus on pedagogy shows the impulse of the collective to extend beyond themselves, and to do so ethically, with a respect for local collectives, histories, and needs. Chto Delat? develops an ‘engaged’ art practice at the school, which they emphatically distinguish from the trendy ‘socially engaged’ art.

We got a chance to chat with Dmitry Vilensky, a core member of the collective, over Skype. He was in Moscow and I was in the back of a Berlin cafe with a miserable internet connection. His insights and explanations were often muffled by static, an annoying reminder of the distances that still separate people and cultures. Despite the interruptions Vilensky responded to questions instantly and effortlessly, producing well-formed opinions and using a heavy critical and theoretical language without needing an instant to gather his thoughts, testifying to the collective’s rigorous and informed political and artistic position. 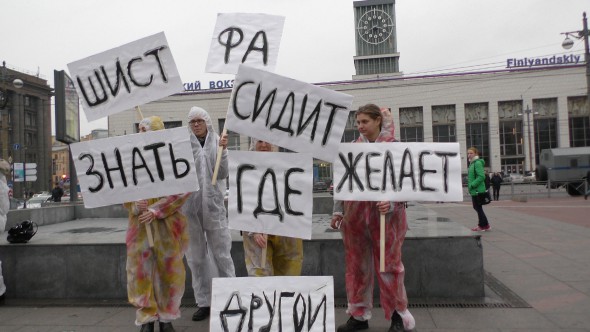 Alena Sokhan: Can you tell us about your collective’s working habits and structure? For instance, how do you usually work and make works, how organized are you, are there any hierarchies, and what happens in the event of disagreement?

Dmitry Vilensky: This is different all the time, and of course it also depends on what we are doing. Usually at least three people from the collective can initiate any projects together or with participants outside the core members of the collective (10 people), unless another three would veto the decision or project. There is a principle of trust and delegation in our work process – we delegate someone to be the director, or to be an editor or make a set. After some time we see which roles some members prefer and it leads to a certain division of responsibilities. But because most of us actively participate in discussing the concept and work, we often consider the outcome as collectively produced, though with a recognition of individual contribution to the project, especially when people from outside the collective participate. 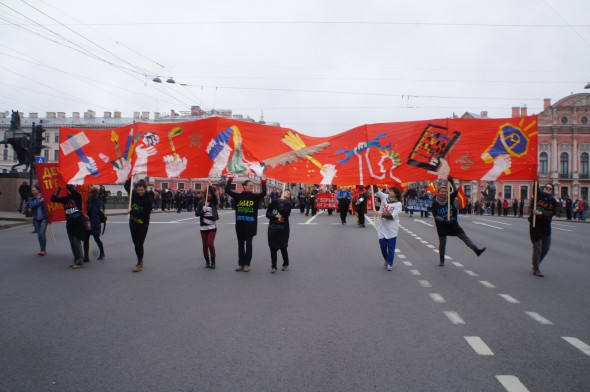 The School of Engaged Arts

AS: So how do you come up with an idea for a project?

DV: This is different every time. I mean this is the real question of our collective Chto Delat? or ‘What is to be done?’ Often our activities are restricted because we do not have stable institutional long term grants. Many times we get invited or commissioned to produce works, or we have to convince others that they need our project as well in order to get funding. But our point of departure is always a certain urgency of our situation that’s why most of our work could be considered as a historical document of its time. For example, no one really asked us to make a school, but we just recognized that we needed one to bring our educational experiments on another level.

AS: You mention your frustration with passing, temporary and unstable collaborations in your newsletter for the School of Engaged Art summer seminar in Berlin. How do you distinguish between superficial collectivities and legitimate, meaningful ones?

DV: The legitimacy of practices stems from the willingness to produce something which is not alienated and can be shared as the commons. We believe that it is important that collective practices must have a long duration. Meaningful change happens slowly, it needs to be ingrained into collective memory and this takes maybe 5 to 10 years. If nobody remembers an activist intervention or social work a few years later, then it failed really. This is why we have to criticize many grassroots initiatives. They have limited political impact because they neglect developing a strategy for survival in a longer time frame. 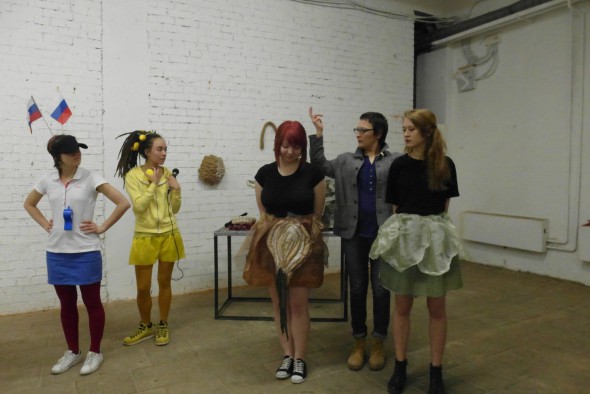 AS: What is your goal or aim when you collaborate, or what is the impulse that drives you to form collaborations?

DV: We collaborate to become more and reach something which you cannot make alone.

AS: Does that involve overcoming the ego in favor of individuality?

DV: Well, no, firstly because that is impossible, and because the ego is not actually the main problem. We collaborate because in a collective the singularities resonate much better. It’s like an orchestra, tuned together, which sometimes needs the help of a director but other times is able to improvise on its own, based on a subtle understanding of each other.

AS: Can you explain your idea of ‘Engaged Art’?

DV: Engaged art is a collective practice, but it is not a social service. It is a break with society as it is and a dialectical composition of negation and affirmation. Engaged art addresses to the constituency of non-existing people, who have no voice or no political existence and materializes it.

AS: Do you think socially engaged art could be produced by an individual artist and how, or why not?

DV: Probably it is possible – but in most cases it will lead to a situation where one abuses the many as we often see. 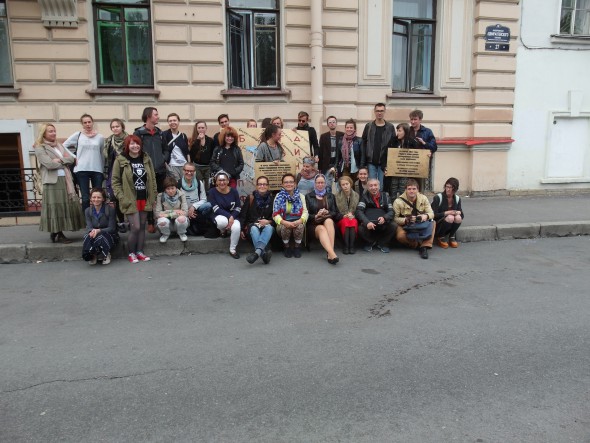 AS: Does creative collaboration scale: do you think you could model a community after the method of collaborative working you have developed?

DV: No one can model a community to come, and each community must develop its own form and structure. Our collective is rather untypical and it is historically determined. We formed in St. Petersburg in 2003 and are responding to very particular set of problems and united by shared ideas and values. However, the work we produce and our pedagogical model aims for universality. The School of Engaged Art is a crucial part of our practice because it offers a universal working method, an open code that can be applied to a variety of situations and people.