In the neighborhood of Saint-Germains-des-Près in Paris, sheltered in a sound studio, a fresh talent is maturing. Ben Vedren belongs to the generation of Parisian electronic musicians who have emerged from the rebirth of the city’s electronic scene in the past few years. His current projects and what he has already achieved are evidence of an amazing creative mind developing actively before our eyes. Through his work on labels like Minibar, or Concrete Music, his album project under the name Heart 2 Heart with Chez Damier on Balance, and his promising collaboration with Pit Spector, Ben Vedren is on everyone’s radar.

Marc Girardot: You are a very productive artist, you work hard on your music. This is obvious from your many collaborations and projects. What’s your process like?

Ben Vedren: Each track is a different process. I try not to use just one recipe, I already experienced that and you often end up with the same result. I love to be surprised. There is never one way to produce music. Above all, I am trying not to think. This is something you can manage more when you become skilled with machines. After a while, you can easily only think about the music and your hands will automatically do the job for you. Also, I believe that collaborations are essential to stay inspired because if you always work by yourself you get stuck. What I like to do the most is to be in the studio and do live performances. But DJ sets are fun for me. I’ve been doing those for ten years. With DJ sets, I can learn how to read and feel a crowd. Then, I can integrate this into my live sets.

MG: How did you start working with the label Minibar? Could you tell me how they found their own musical identity?

BV: The first connection was through a common friend with Cabanne (co-founder of Minibar). He heard one of my tracks and thought that Cabanne would like it. My friend sent it to him. He loved it and said: “Let’s release it on Minibar.”

At the beginning, Minibar was inspired by artists like Thomas Franzmann (aka Zip) or Daniel Bell among others from the Berlin-based label Perlon. It is a matter of friendship above all. The Perlon and Minibar guys are close, they’ve known each other for a while and were having fun together. When Minibar was founded it was the French side of Perlon in a way. When things evolved, they managed to establish their own identity, which is still present today in their new releases. I consider Minibar like a Jazz label. They really dig deeply in that direction, like Jazzmen would do. The aesthetic is always groomed, smartly selected and their work is truly targeted: groove before everything.

MG: You played live with Pit Spector at Concrete in Paris last month for the 10th anniversary of Minibar. How do you feel about this collaboration with Pit?

BV: It was great! We were really happy and honored to be a part of that show. What is amazing with Pit is that things have been so fluid since our first meeting. We don’t have to speak a lot to make music. Things almost go by themselves: we will definitely explore that project further.

MG: Good news! You already did a great job with Prospector 3.1. It’s been very well received since its release.

BV: Thank you. Actually, there will be a second one. The volume 2 of Prospector 3 will be released around February. And we are also working on another project for Minibar, which will follow.

MG: So, it is through your connections with Minibar that you got involved with Concrete music? Could you explain what their work is bringing to Paris? Do you believe that the awakening that Paris and France are currently experiencing will help to establish a new French musical identity?

BV: After the I Know You Know EP on Minibar, the relationship got stronger and I was introduced to Concrete. We released an EP in 2014 called D3 on Concrete Music and we are working on another one for 2016. I think that the Concrete/Weather staff do an amazing job. They have managed to create a serious new scene with high quality music in Paris, without making any compromises. It was a matter of it being the right moment, I guess it was just perfect timing. It is great because no one expected what happened. It was a huge surprise for everybody. 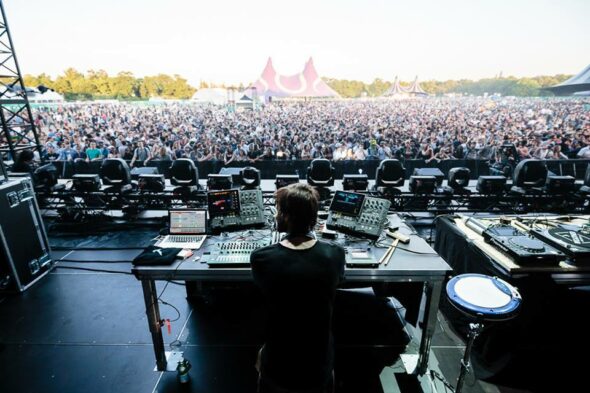 When I played at the last summer edition of Weather Festival, it was amazing. It felt like home, and that’s a pretty big home (laughs). It was kind of unique actually because we never had this in Paris. There were previous Weather Festivals but each year it’s getting bigger and bigger. It was amazing to play in front of all these people. It was also great to have the opportunity to play on a sound system of that size and that quality. It is great to see that Paris is, today, able to welcome events like this. Nowadays, new kids become interested in electronic music and I think they are very lucky. Every weekend they have all the greatest artists from around the world coming to Paris, and these are their first parties. So it’s fantastic! It’s giving a very solid ground to the people.

About the French musical identity, I would say that there are new artists who are making Techno (which is very popular at the moment in Paris for example), others are making House, so the sound is not the same but the energy has quite a lot in common. It’s about energy. We are on the same boat, we are growing up together.

MG: I met Chez Damier in Berlin for an interview a few weeks ago. He told me about your album project called Heart 2 Heart, he seems to be really excited about it. Could you explain what both of you are giving to each other through this studio collaboration?

BV: It is a very balanced relationship. There are no egos getting in the way. What’s fantastic is that Chez shares all his experience with me, and he is much more experienced than I am. In exchange, I bring fresh energy.

The track ‘Shigan’ was our first experimentation. At that time, we discovered an amazing energy coming through our collaboration. It was kind of a surprise. We approached this energy, now we can go further. The connection with him has been very strong since the first meeting. One of the main ingredients is that we are having so much fun when we work together. We laugh a lot and I think we can hear that in our music. We put the positive vibe we share into our music. That’s what makes it special more than anything else. We will certainly be releasing an EP before the album and we asked this great pianist, Jean-Philippe Rykiel, to join us for Heart 2 Heart.

MG: You’ve already played a few times in Berlin. What do you think about the city? Do you plan on coming back?

BV:I am not booked in Berlin yet, but next time I will do it in underground mode. I have a project with a friend from Berlin, Leiris, for a label which will be called Reduce. We worked together on the Procrastination EP which was released on Minibar in 2014 and we already have a lot of work we want to release on our label. We want to get this done in 2016, so I will definitely be sneaking out to Berlin soon. Berlin is the perfect city for electronic music. It is so easy to get inspired in that city. I think music lovers are sensitive to good vibes, and Berlin is full of good vibes. 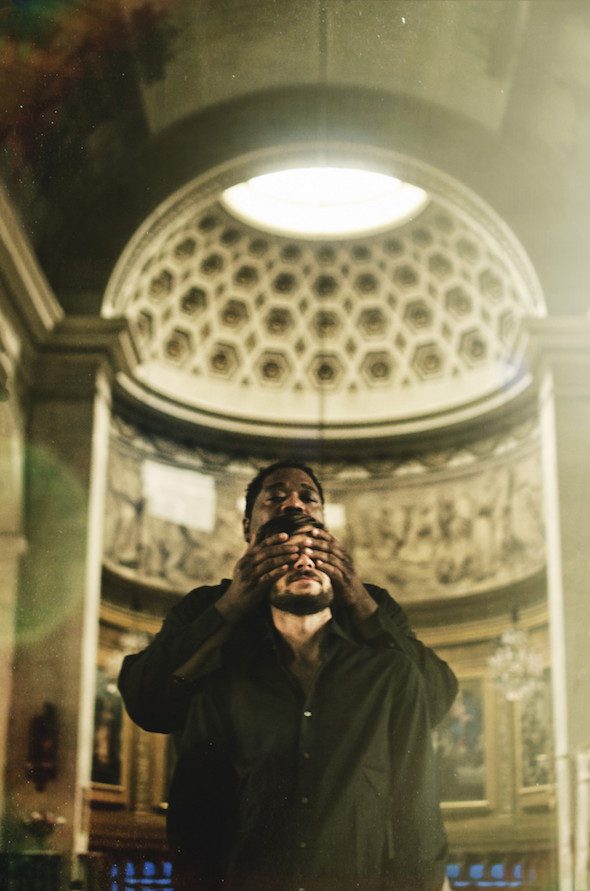 Music is about exchange, sharing and transmission. Ben Vedren understands that. That’s why he finds time to teach music and Ableton software with the French association Technopol. The class takes place every week in Paris and welcomes everybody interested to learn or develop their skills in music production. And if all these projects weren’t enough, Ben Vedren is also currently working on a remix of Dani Siciliano for the label Circus Company, which will be released in February. Ben Vedren may be calm and shy, he may be humble and narrate his story with modesty, but the energy he puts into his work is the sign of a true artistic talent.