The Parisian electronic scene hasn’t been really active for a while, but lately it is getting more and more exciting. In the context of a new generation of electronic music enthusiasts, emerging all across France, Weather Festival has established itself as a major festival on the European scene, after only four years of existence. With a wide range of artists on the line-up, gathering the most renowned DJs from around the globe alongside new young talent, Weather Festival offers a rich and original program. More than 60 artists are currently announced to perform at this year’s festival. By mixing DJ sets, live performances and surprising back to backs (B2B), Weather Festival presents itself as THE rendez-vous this summer for electronic music. 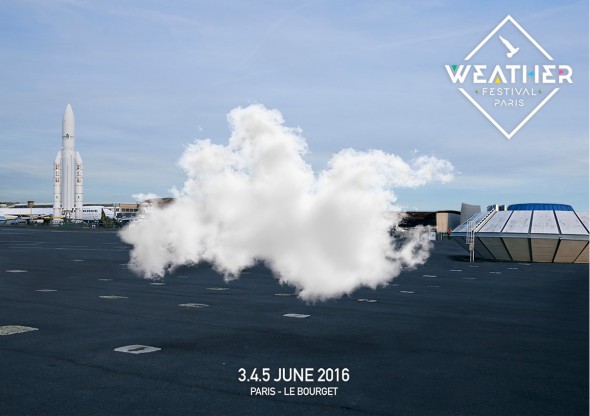 For this new summer edition, Weather festival will take place at Parc des expositions du Bourget’s tarmac once again, like it did for the memorable summer edition in 2014. From Friday June 3rd at 8pm to Sunday June 5th at midnight, guests will enjoy the non-stop (almost) party in this huge and unusual venue, with the historic space rocket ‘Ariane’ in the backdrop.

Among this impressive line up, the great figure of Chicago House DJ Sneak has joined the program. We will also have the chance to hear Motor City Drum Ensemble’s selection of House and Disco/Funk, mostly on vinyl. As evidence of the diversity of Weather Festival’s program, the artist from Detroit Robert Hood (who is often considered to be one of the founders of minimal-techno music) will offer a Hip Hop performance through a DJ set. Adam Beyer will play B2B with Ida Engberg. Other important figures of techno music will honor us by their presence: Marcel Dettmann and Ben Klock will share their experience and will make sure that Weather Festival gets something from the inimitable Berghain. 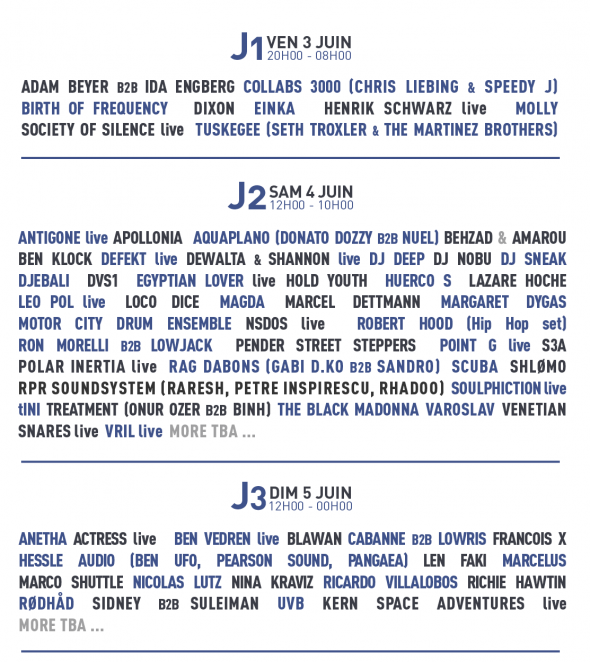 Weather will also present fresh new energy coming from Paris, with a B2B between two members of the young collective D.KO, Gab & Sandro under the alias Rag Dabons. Followers of Parisian crew Concrete Music will be pleased to see all the residents of Concrete on the line up, like Cabanne (co-founder of Minibar music label) who is playing with Lowris for a B2B, as well as Ben Vedren for a live performance.

Rhadoo, Petre Inspirescu and Raresh are going to perform in B2B as RPR Soundsystem. The performance of these talented and renowned artists from Romania is definitely one of the most anticipated performances of the festival. Then, three major figures of the highly respected Berlin-based label Perlon Record: Margaret Dygas will show her remarquable talent. Finally, the shaman of electronic music, the unique Ricardo Villalobos will perform at Weather Festival 2016 in B2B with the co-founder of Perlon, Zip, who just has been added to the line up.

The organizers have also considered setting up a camp close to the venue for those hardcore fans who don’t want to miss a second of this powerful collective experience. Weather Festival is a very new festival. Each year it is getting bigger and bigger. Each year the creativity of the organizers proves that Paris is able to host cultural events of that size.

This year, Berlin Art Link Magazine will organize a lottery in May and will give the opportunity for our readers to win two 3-day passes. Stay tuned!