“We are the subjects of gadgets and instruments of mechanical data processing.” Or so Friedrich Kittler, the philosopher and media theorist, remarked on the strange ways in which machines usurp human prerogatives. Kilter’s argument would have made sense to a number of the artists included in the exhibition Syntax Error at the eighth floor gallery of Greenhouse. The exhibition examines the ways in which networks are established between human beings and the objects they create, as well as the emergent relations that follow: communities, symbol-reference chains and, of course, aesthetic dialogues. 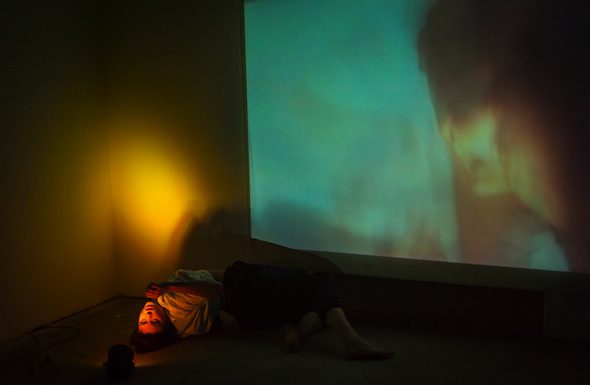 Among the works in Syntax Error that resonates most directly with Kittler’s ideas is a piece by Christian Heck titled ‘how to make a human machine readable’. Heck’s work consists of a laptop wired to a monitor, facing the ceiling, which displays found images from advertising and various news (and pseudo-news) feeds. As the images of consumer products and drone warfare flash across the screen, geographies of pixels morph and smear over the images rendering them even less comprehensible than they are in their intended display formats. The disruptions are being created by the insertion of “noise code”, written into the source code by Heck. The openness of the syntax of computer languages, not unlike their human counterpart, provides scope for far more than Empson’s seven types of ambiguity. Heck aims to make the mediating device more visible in the increasingly fluid interchange between humans and the rolling images produced by visual broadcasts. The smoothing out of images is a hallmark of the advance of technology, but for Heck, this clarity is itself a form of deception.

Rodrigo De and Judith Nagel’s ‘Decalque: imagemtempo’ also examined the ways in devices come to understand and translate the human machine. The work consists of a webcam filming the gallery space and translating the movements it records into a sonic signal that then alters the tempo of an electronic beat, clicking insistently from nearby speakers. The more motion, the quicker the tempo. I flashed my hand before the camera as quickly as possible and listened to the floor-filler it was creating and then I ran out of energy and stood still. For the algorithm, I had ceased to be relevant. De and Nagel’s work, like Heck’s, formalised the human-machine dynamic but perhaps took a decidedly dimmer view of the ways in which machines assess the value of their creators: if we upset the algorithm, we can be ignored. 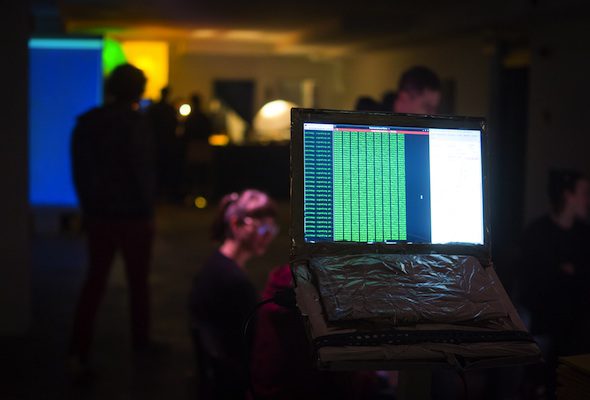 Moana Mayall’s ‘A Portal Experiment’ examined the networks formed by humans and technological interfaces from a different angle. ‘A Portal Experiment’ brings together a variety of media, digital video, paperback books, and a disembodied, spoken audio soundtrack that provides, and then dissolves, narrative touchstones. The work focusses on a favela community in Brazil – the Complex do Alemão, (translated by the artist as “the German Complex” or “The Complex of the German Guy”) – and communities in Berlin, concentrating particularly on the period attending the fall of the Wall. Mayall states her concerns as focussing on the role of the observer, and, specifically, on her own status as an “outsider” in both the German Complex and in Germany, but equally potent in the work is the sense it evokes of incompletion. No story, no matter how faithfully recounted, can capture the truth (and falsity) of direct experience. The use of the archetype of contemporary “creativity” the wi-fi enabled MacBook Pro as a site of image display in the work wrote an extra level of irony into the piece as messages for its owner occasionally blinked into view in the upper righthand corner of the screen. The messages were hidden, of course, by the artwork, but as they piled up, 11 messages, 12 messages, 13 messages, they became an important component of the narratives Mayall’s work sought to explore. Were they from Brazil? From Germany? From spam generators invisible behind a thousand and one proxy servers? It was impossible to tell but as the cascade of languages in the work came through the speakers, they deepened the awareness the piece generates of exposed subjectivity and information loss. 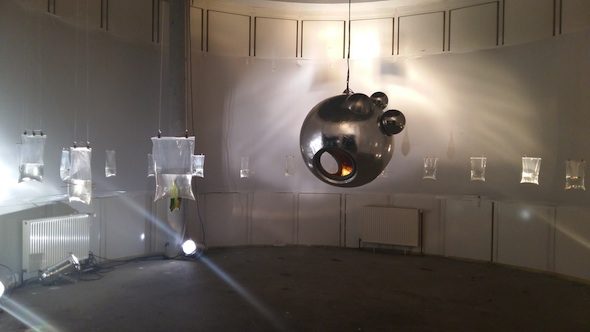 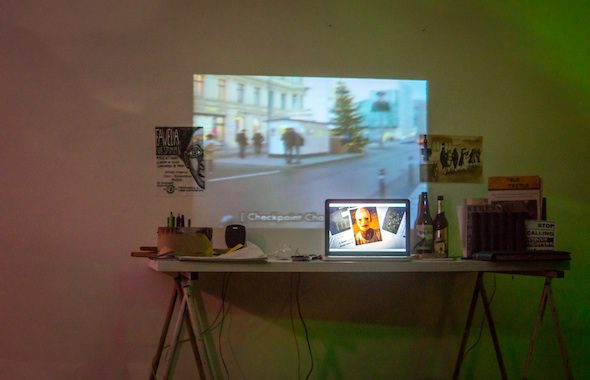