Lawrence Lek’s highly rendered architectural worlds create impossible possibilities, through zoomed out narratives and virtual constructs. In his recent contribution to the Secret Surfaces exhibition at KW Institute for Contemporary Art, his work maps the progressive evolution of Auguststraße in Mitte, from the Prussian capital to the enigmatic creative glass ceiling effect. Lek blurs the border of art, technology and urban exploration through virtual planes of life. 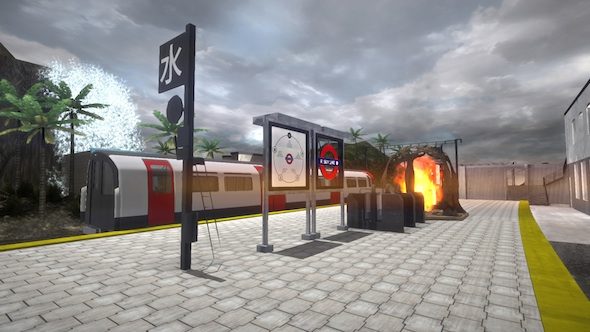 Penny Rafferty: Can we start by dissecting a quotation of yours?

“I’m really interested in cities. A city is the manifestation of a social construct: built by a collection of people, under the rules of particular politics and philosophies. It’s like a collective dream. Not always good.”

Lawrence Lek: It seems like I was being very poetic that day. I think now I see it more as a living archive or document. I’m very interested in the idea of site-specific work and, in some ways, this can critically engage with the conceptual ideas generated in the 1960s around producing an object that maps a certain time and space.

I guess when I said that I was thinking of cities like London, that have gone through very complex changes over a period of time, both politically and socially, through culture and industry. So the anthropological view is always a key starting point for me. 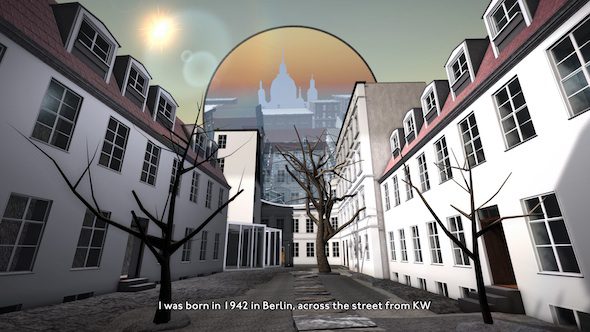 PR: But in your work you take this rebellious living organism and then flatten it by creating only one viewpoint: even though you can move through the work, it’s your route, your strategy, your map. Is it autobiographical or anthropological?

LL: Both. They are all semi-fictional narratives. I create a 3D virtual fragment of a city that’s ultimately finite. The works are still worlds, just micro ones with more parameters in place. When I create the video works there is only one route but I also create another virtual world, I dub an ‘open world’, you can navigate it with an Xbox controller: one is a game and one is a video essay. They mirror each other but they have two alternative routes as far as interacting: one is very set and one has slightly more of a wandering pace. 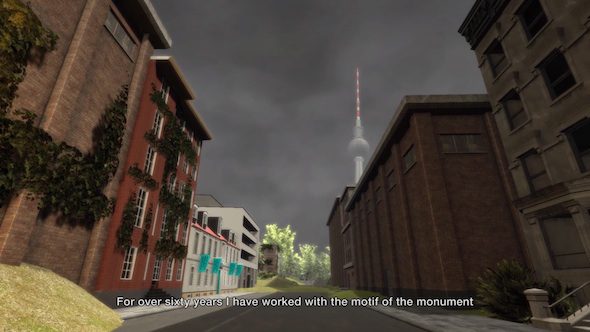 PR: But you’re still in control of what the viewer sees and where they go.

LL: Well, yes. But I’m also interested in ways of seeing. For example, when you live in a city your own personal archive is conjoined with the architecture of the city, your memories are embedded in the streets, cafes and bars. Yet, when you’re a tourist you are seeing the city in a totally new way, one that has been motivated and branded by another source: think travel guides, recommendations from friends, getting-around apps. I’m really interested in these forms of branding space, or claiming the viewpoint of another person, guiding them. I was recently showing at Glasgow International at Tramway. It’s an amazing city and also a perfect example of branded terrain. It was formerly an industrial city, which then rebranded itself as a neo-liberal creative landscape in just a few years. My work is always showing the potential in a space. But yes, it’s always from my point of view. 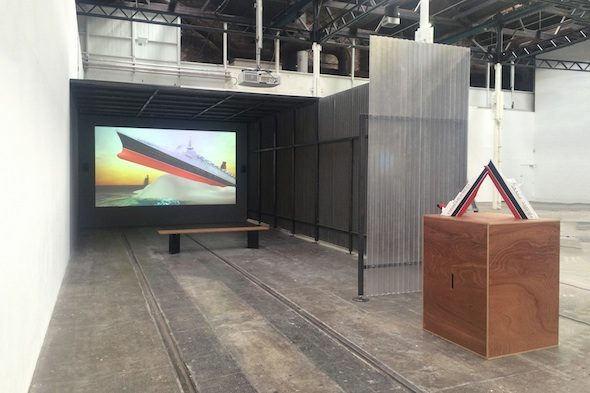 PR: Do you have any aspirations for the viewer inside these spaces?

LL: Compared to most virtual or cinematic spaces, I don’t want the viewer to loose themselves in another world or my world. Most games want you to be connected to an avatar or character and become fully engrossed in the narrative, at times even addicted. This is not my intention, there will hopefully always be others in the space, viewing the works with you. For me it’s more about a concentrated form of subjectivity. It’s not suppose to act as an extended version of, say, an illustrated novel. I want people to forget being themselves. I want them to ease into another fictive persona or being but still be conjoined with our world. Like role playing but with less forced interactions, as basically you share the same point of view physically as the camera does and the spaces are deserted.

LL: Exactly. There is no goal, no point. It’s more like a being flaneur—strolling and observing society—rather than a gamer. There is no team or objective. I hope when people leave the exhibition space they will see the existing world as one of many possible worlds or potential realities and routes. That’s my only aim. I’m not trying to create a film-like reality—as an artist this seems pointless. 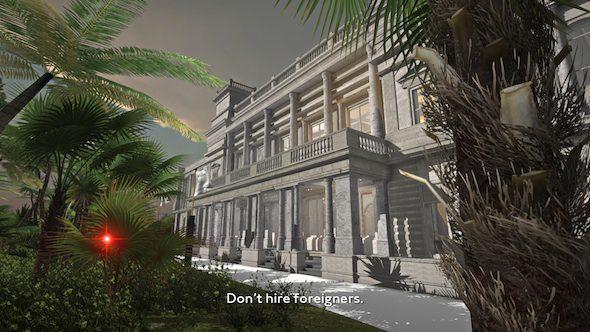 PR: Interesting you bring film into it. As I was watching your piece ‘Unreal Estate’, it reminded me of Children of Men: a dystopian future, similar to our own lived world but just slightly glitched. Royal Academy being bought by an anonymous millionaire or the extravagantly placed solid silver Jeff Koons in the opening sequences, offered up to me the intrinsic idea of our own dystopian culture.

LL: Strange you make that comparison. Yes, the idea of culture being subversive and dystopic is something I’m creating in the narratives. It could be real, you could read about it in the newspaper, like when Roman Abramovich bought Chelsea football stadium [laughs]. It’s meant, however, to mimic a scenario that’s both unthinkable and realistic at the same time. This is what makes the cityscape such an endless subject matter. As much as it’s an archive, it runs parallel with a place people project their dreams onto. For example, how many times do you hear: “I’m going to move to London and become a rich industrialist” or “I’m going to move to Berlin and become a successful musician.” This is a duality which is genuine and ridiculous at the same time. I often try to represent dreams that in reality could easily be nightmares. That’s the perpetual lie that is reiterated in a cityscape and one that never fails to amuse and entice me.