‘The Sprawl: Propaganda about Propaganda’, the 2016 film by Amsterdam-based design-duo Metahaven, was screened during transmediale festival in the HKW’s cavernous auditorium. A question, prompted by the numerous smartphones on display among the audience, immediately came to mind: how many people would already be deciding what to tweet about the film before it was over? Nowadays—as Maryam Monalisa Gharavi eloquently pointed out in her interview featured in the film—the way in which online content is framed is just as, if not more, significant than the content itself. The internet post exists both in the concrete domain of ‘what’ and in the geopolitical domain of ‘who’, ‘where’ and ‘how’.

With this in mind, ‘The Sprawl’ proposed that our current use of technology and the internet provides us with an augmented reality: our perception is fortified with the application of subtitles to everything we see. Anyone can post and anyone can comment, anyone can act as an author of the internet. But whose view is viewed the most? With the recent rise of right-wing politicians and populism, ‘The Sprawl’ investigated the vital role of the digital realm in contemporary propaganda. 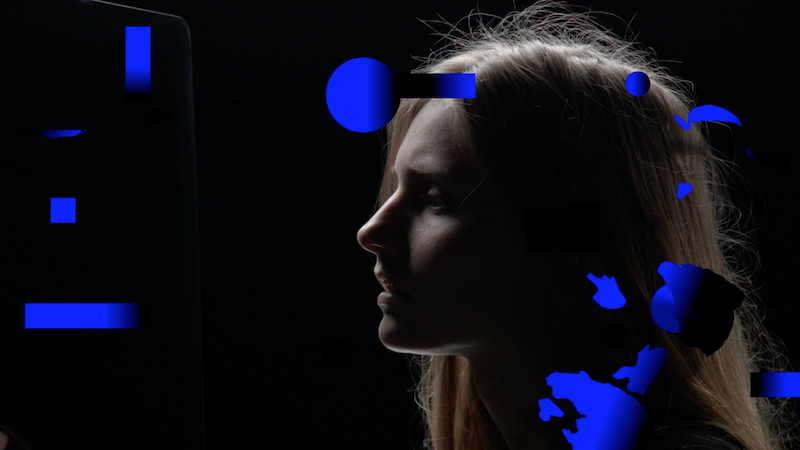 Unlike conventional films, the experience of watching ‘The Sprawl’ was much like surfing the internet. Icons could pop up at any moment and a constant feed of coloured boxes and adverts—sometimes deliberately presenting misinformation—constantly reminded the viewer of the world’s dependency on social media. Taking a broad stance and embracing globalisation, the film included excerpts of cultural and political phenomena stemming from Russia, Japan, the US and Europe. Also covered were the fairly obvious and historical links of propaganda with terrorist organisations. Much like Navine G. Khan-Dossos‘s art works on ISIS propaganda, the emphasis while handling ISIS was on the process behind its output, as opposed to the assumption of a moral stance on its activity and existence.

With a captivating, information-overload quality, ‘The Sprawl’ was constructed with different shards of both found footage and staged material. The inclusion of smokey, illusory imagery indicated the ambiguity of the media and the distortion and questionability of facts. Metahaven attacked and dissected the very notion of truth from a relativist, post-modern, digital design-oriented perspective without identifying a singular Truth of one particular author. By confusing fiction and reality, Metahaven was clearly not seeking to unveil the fog, as perhaps a documentary would. Instead, ‘The Sprawl’ adds another rendition of reality to the constant stream of datafied opinions: a portrayal that, regardless of its inconclusive function, is absolutely worth watching.