First held in 1998, Berlin’s inaugural Biennale for Contemporary Art was titled ‘Berlin/Berlin’ and, under the curatorial direction of MoMA’s Klaus Biesenbach, explored the rapidly changing nature of the city. Two decades later, the 10th Berlin Biennale (taking place from June 9th to September 9th) will once again look to Berlin, this year as a starting point from which to examine the “collective psychosis” of Germany, Europe and beyond. Its title, ‘We don’t need another hero’, is taken from a 1985 Tina Turner song and signals a rejection of coherent readings of history. The 2018 Biennale will instead be a space for subjectivity, complexity and collaboration, amid a political climate fraught with anxiety.

Gabi Ngcobo—an artist, postcolonial researcher and independent curator who worked on the 32nd São Paulo Biennale—is leading the curatorial team, which comprises Nomaduma Rosa Masilela, Serubiri Moses, Thiago de Paula Souza and Yvette Mutumba. The list of artists confirmed to participate reveals that there will be an excitingly extensive array of disciplines and interests on display. They range from British artist Lynette Yiadom-Boakye’s traditionally painterly portraits to Houston-based Sondra Perry’s computer-based media works about technology and racial identity, and Las Nietas de Nonó’s theatre pieces about Puerto Rican society. As well as contemporary practices, some past narratives will also be brought into conversation via work from the late Cuban printmaker Belkis Ayón and feminist multi-disciplinary artist Ana Mendieta. 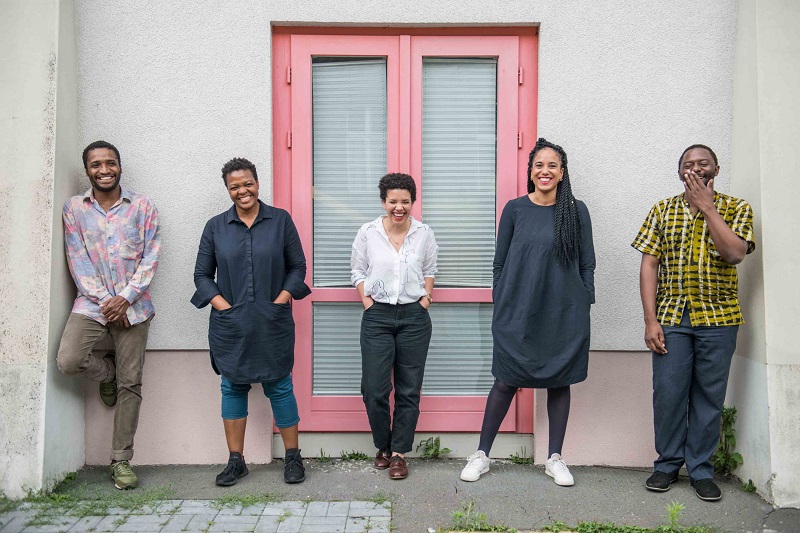 The diversity of the artists’ practices is reflected by the variety of venues that the Biennale will take place in across the city. At the Akademie der Künste, one of Europe’s oldest cultural institutions, contemporary work will be in dialogue with their archives; KW Institute for Contemporary Art’s own legacy will be referenced in the exhibition held there; and work at ZK/U – Center for Art and Urbanistics will interrogate systems of power within a city environment. There will also be dedicated space for performance and durational pieces at the Volksbühne Pavilion, next to Volksbühne’s main building, and at HAU Hebbel am Ufer.