Using archival footage from the British Film Institute and BBC, Paul Wright’s ‘Arcadia’ creates an emotive journey of juxtaposed audio and video. Presenting the British countryside as both the protagonist and antagonist, scenes of the landscape cyclically alternate between familiar and comforting, strange and eerie. With original music by Portishead’s Adrian Utley and Goldfrapp’s Will Gregory, the eclectic score, that oscillates between techno, folk and classical, deftly and powerfully highlights the tension as the idyllic landscape erodes into the unfamiliar.

Tomorrow night ‘Arcadia’ will make its German premiere during the opening of this year’s Dokuarts, a festival dedicated to films about art and artists that shows the strengths, diversity, imagination and experimental nature of the documentary genre. Following its premiere, Wright will be in conversation with the film critic Bert Rebhandl. If you can’t make the event tomorrow, however, don’t fret: the film will be screened again on October 24th and in the following conversation Wright takes us through the process of creating the film as well as some of its overarching themes.

Faye Campbell: How did this project first come about? How did you decide to make a film with archival BBC and BFI footage?

Paul Wright: The project originally came about when producers John Archer and Adrian Cooper came to me about the possibility of making a film about the British countryside using material from the BFI rural archive.

It seemed a slightly unusual match initially, as my background was in fiction film and I wasn’t too interested in just presenting a showcase from the archive’s material. I was, however, very interested in exploring the country’s alternative histories and more esoteric past, so I went off and put together a short treatment for what I believed could be an interesting film in its own right. This eventually became ‘Arcadia.’

The main ideas in this initial document were about moving through the four seasons to explore the contrast of darkness and light, as well as the film following a sort of horror fairy-tale narrative, where – in the beginning – all seems well but, over time, ghosts of the past are awoken from the land and new versions of the country are revealed. From the conception I wanted the film to work as a sort of waking dream and then a waking nightmare.

Thankfully everyone got behind this idea and we went to work creating this more narrative-driven, slightly stranger idea.

FC: What do you think was the most important aspect of working with archival footage, particularly footage that has previously been framed?

PW: It felt pretty natural to me to work with the archive in general. In my fiction work, a big part of what I try to do is use images and sounds to create an emotive response in audiences, so the plan was to approach this archive film in a similar way.

The main part of this, initially, was going through hundreds of hours of material and taking note of any moments or images that may be of use to the film we were trying to make. There was so much great and interesting material we found, that after a while we couldn’t be too precious about exactly what the original source was. It was about creating a sort of tapestry of mood and emotion through images and sounds coming from different places. This helped create part of the complexity I was hoping the piece would have. I really wanted it to work on a sensory, emotive level rather than an intellectual one.

FC: Can you tell me how the narrative developed as you were working with the footage? For example, did you have a narrative arc in mind when you began or did it develop naturally as you sorted through it?

PW: I had this one-page document as a starting place that was split into four acts that roughly represented the four seasons of the year: Spring, Summer, Autumn and Winter, again emotively rather than literally. For each act, or season, I wrote down around twenty buzzwords that I felt could be appropriate, as well as the sorts of images that could be relevant. All the while there was an early attempt to give the piece a rough structure, a feeling of progression.

As we continued viewing the footage and beginning the editing this shifted slightly. New ideas came in, old ones fell away and it became a fairly organic process. It was in the editing itself that the shape became more precise; that we started focusing on making ‘Arcadia’ work as a single film rather than just a selection of sequences. 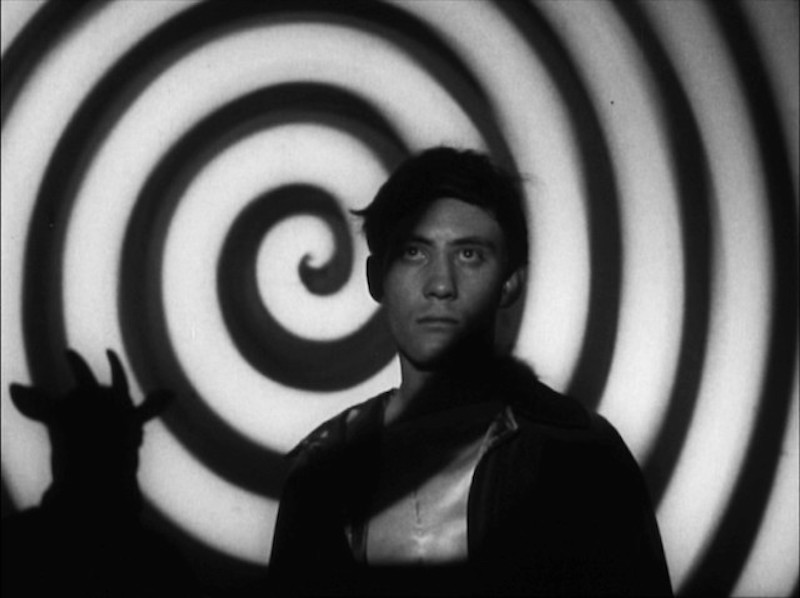 FC: The score is also an important aspect of the film. Could you talk about why you chose to work with Adrian Utley and Will Gregory, and what the process of scoring the film was like?

PW: Having Adrian and Will on board was a real bonus, as not only did they get what we were trying to do, but they could also provide this rich and eclectic soundtrack that was essential to the film.

Again, this is something we talked about early on, that the music could help provide this feeling of progression and change and, of course, using different types of music became a big part of this, from folk to industrial, classical to techno. Something else we discussed was the idea of certain musical cues coming back in a different context throughout the film, or hearing the same piece of music but this time heavily distorted, like a ghost-like version from the past. This all helped with the narrative drive of the film and the feeling of change we were hoping to achieve.

Practically-speaking, a big part of the process was me and Michael Aaglund, the editor of ‘Arcadia,’ placing temporary music in the edit then sending it to Adrian and Will, who would see the sort of mood we were after in a certain section, then come back with something they had created. It was then a lot of back-and-forth until we were all happy with each sequence and the overall shape of the piece.

FC: You originally organized the narrative seasonally, but can you tell me about the significance of the “chapter names” or “subtitles”? (i.e. “Amnesia”, “Into the Wild”, “Folk” )

PW: Part of this was wanting to try and create a fiction-like structure to the piece. Basically, I approached the shape of the film in the same way that I would a fiction script.

I was wary of it only feeling like a selection of nice images and sounds that you could dip into at any time, so this structure helped define a clear start, middle and end and a feeling of progression throughout. The chapter headlines were a way to emphasise this and also to create pillars throughout the film, a sort of reoccurring pattern, a familiar place we return to, that subtly changes and takes on new significance each time.

FC: While we are led through a journey of juxtaposed beauty and horror—collective environmental destruction and violence but also euphoria—could the imagery at the end (of blooming and rising) be seen as hope? What was your intention with the closing scene, particularly since it repeats imagery from the opening?

PW: The main idea for the ending was rebirth, the cyclical nature of things; that after the harshness of winter, spring arrives once more. That when all seems lost life and hope can still be found. 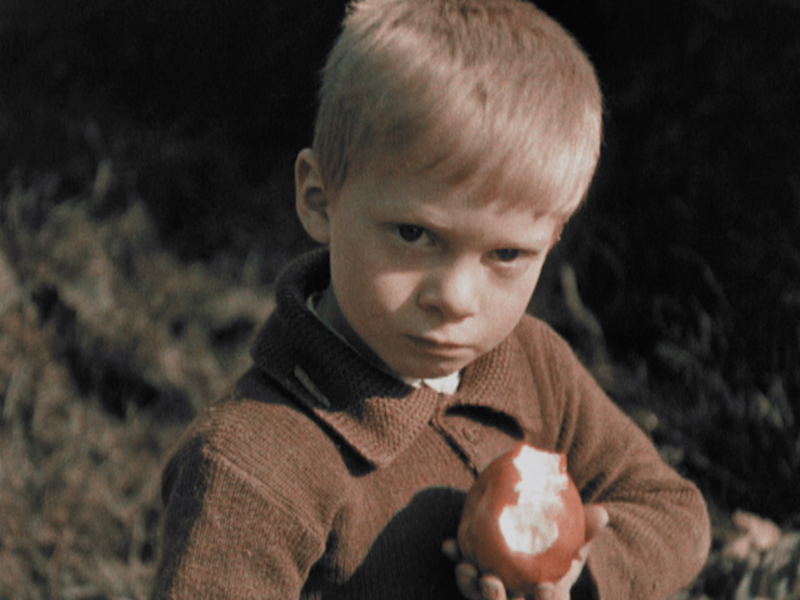 FC: The film seems to leave us at a “what’s next”: what do you think the next steps are? Particularly in terms of our relationship to the land and class identity?

PW: The major themes of the film were exploring our relationship with the land and also our relationships with each other and how this has changed over the years. Something that became apparent to me whilst making the film was the extreme capitalism we are currently living in; where profit rules all, where it’s about the individual rather than the collective, which ultimately means that these relationships have become extremely fractured over time.

What also seems clear to me is that a lot of people–not only in Britain but around the world–are feeling this; that something is wrong, that it can’t go on this way and that things need to change.

FC: In other interviews, you recognized that the film can be read as a post-Brexit critique, despite having started making it before Brexit. You contrast images of communal joy and celebration with group strife and chaos. How has your perspective of your own film shifted in light of the current political climate?

PW: Yes, I think it shows that many of the issues that caused Brexit were present before and that, hopefully, it can help shed some light on where we are now as a country. If anything, the film feels strangely more relevant now than perhaps when we first started making it.

We start the film by showing this imagined idyll of Britain, the “good old times”, then start peeling this away and showing it to be a flawed, over-simplified history, an illusion, as different versions of the country start to appear.

It was really important to me to also look at these alternative histories, the stranger and more esoteric, the contradictions, the parts we are less proud of and, of course, to explore the darkness and brutality as much as the light and beauty of the country.