Since 2001, Lofoten International Arts Festival (LIAF) has hosted their biennial art event, which engages the communities of the Lofoten islands in northern Norway, as well as an international audience of artists and art enthusiasts, through a conceptual focus on socio-political issues intimately related to the local landscape. For the 2019 edition, exhibitions throughout four venues were presented in the town of Svolvær in parallel with four artist residencies and periodic weekend-long thematic events, which included multidisciplinary keynotes, performances, screenings, workshops and lectures, where the reflections on the festival’s “curatorial arms” were elaborated.

For LIAF 2019, the curators—Hilde Methi, Neal Cahoon, Karolin Tampere and Torill Østby Haaland—approached not only Svolvær, but extended outwards to surrounding villages along the shorelines of both the Western and Eastern regions of the Lofoten Islands. With a starfish in mind, they presented all elements of the festival through its five thematic arms. 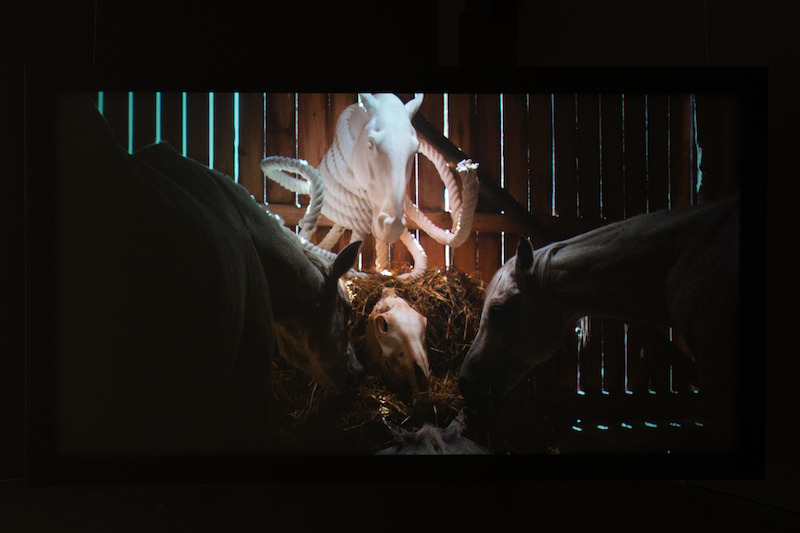 Berlin Art Link visited Lofoten during the section entitled ‘From the horse’s mouth’ (September 20th-22nd), which the curators describe as “the arm that considers resilience, community, messages and communication from human and other-than-human perspectives.” The main focus of this curatorial arm was the ‘Kelp Congress,’ a meeting of artists, researchers and local actors to explore the artistic and cultural dimensions of kelp and other macroalgae. During the weekend-long event, a series of lectures, performances, talks and workshops invited visitors to consider the way seaweed functions as both an important industry—for food, agriculture, cosmetics and medicine—as well as a major protagonist and collaborator in conversations about future ecologies.

The Congress kicked off on Friday with a keynote lecture by Prof. Cecilia Åsberg, entitled ‘Planetary Speculation: Cultivating Curiosity, Concern and Care, Collaboratively,’ touching on topics of ecology, feminism and community. The conference room, lined with windows looking out onto the stunning natural surroundings, was an appropriate backdrop for beginning a weekend of discussions and reflections about responsibilities to take action, not only in nurturing our environment but also each other.

Within one of the main LIAF exhibitions, a powerful video artwork by Norwegian artist Signe Johannessen, ‘Thank You for Carrying’ (2016)—a darkly intimate portrait of a horse, a dear childhood friend of the artist, and a celebration of all horses, used as tools for transportation, warfare, and human survival—was shown in the North Norwegian Art Centre (NNKS). The video anchored another contribution by Johannessen, as both works dealt with the non-human as a respected collaborator. 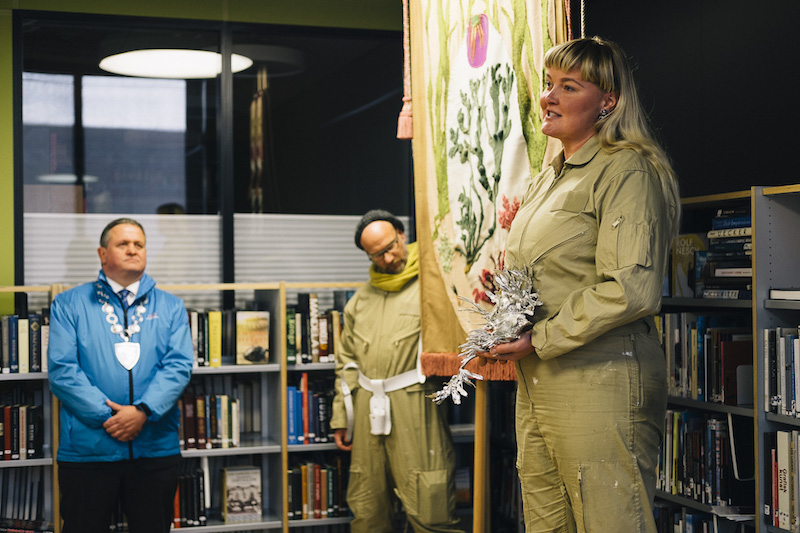 On Saturday afternoon, visitors embarked on a procession, initiated by Johannessen, towards the library. To the steady beat of a drum and following a hand-quilted banner recognizing the “guest of honour,” we marched toward an official, ceremonial recognition of kelp, which Johannessen awarded with the first ever medal of honour given to a non-human organism. The Kelp Medal of Honour ceremony included reflections by Johannessen about the sliminess of kelp and its relationship to human insides, the protective womb and motherhood, as well as its importance for the local community. A trumpet solo and Norwegian song, sung by Johannessen, added a sense of solemn respect to this ecological phenomena.

More hands-on workshops were offered throughout the Congress, wherein visitors could engage in artistic research through kelp curing and ritualistic ceremonies, as well as a ‘Kelp Kitchen,’ which considered seaweed as a base or seasoning for a number of dishes. A keynote talk by Astrida Neimanis—an academic interested in “posthuman feminisms” and author of the acclaimed ‘Bodies of Water’—entitled ‘So tired, the sea,’ proved an especially enlightening meditation on the fatigue experienced by the ocean. Starting from the premise that kelp is overworked, Neimanis made parallels between human interpersonal relationships and the importance of rest and recuperation for the ocean, as well. As an important actor in the ecosystem of the sea, kelp should be eligible for the same generosity that we would show our human community. The recorded performance lecture was set to visuals of kelp waving slowly underwater, transposed over an image of a performance artist, slowly falling. 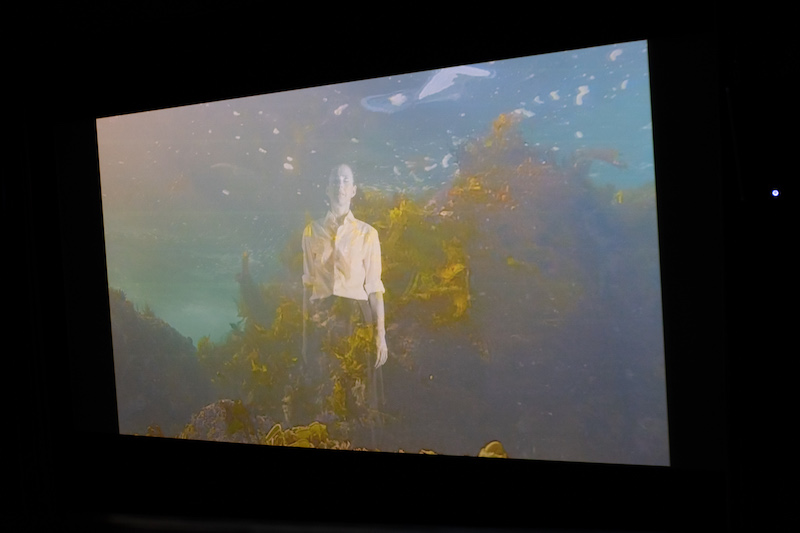 Another venue for the main exhibition of LIAF 2019, in addition to the NNKS, was the former Lofotposten building, where artists such as Berlin-based Anne Duk Hee Jordan presented their artworks. Jordan’s ‘Ziggy and the Starfish’ (2018) is a sculptural installation that looks at sexuality from the perspective of marine life, composed of a mechanical waste processing crab, a film exploring the diversity of sexuality in the ocean, scientific interviews and moving singing stones dating back millions of years.

Alongside the exhibitions and thematic events taking place in Svolvær, the curators also engaged artists-in-residence during different extended periods throughout the year, to work on the coasts of the archipelago. Futurefarmers, João Pedro Vale and Nuno Alexandre Ferreira, Signe Lidén, Trygve Luktvasslimo and Toril Johannessen and Michaela Casková (on a scientific survey vessel) plus writers-in-residence from ‘Vagant’ literary journal, were invited to create site-specific works as residents for LIAF 2019. Each residency allowed the resident artist to take an extended period of time to get to know these small and often fragile locations, and to also explore the geographies and engage on a deeper level with the local communities. The residents had the opportunity to witness local daily struggles, anxieties, as well as strong relationships with the unique surrounding nature and each other. Their resulting works were experienced in the context in which they were made, making LIAF less of a spectacle for outsiders than an intimate reflection and learning process for the whole community. 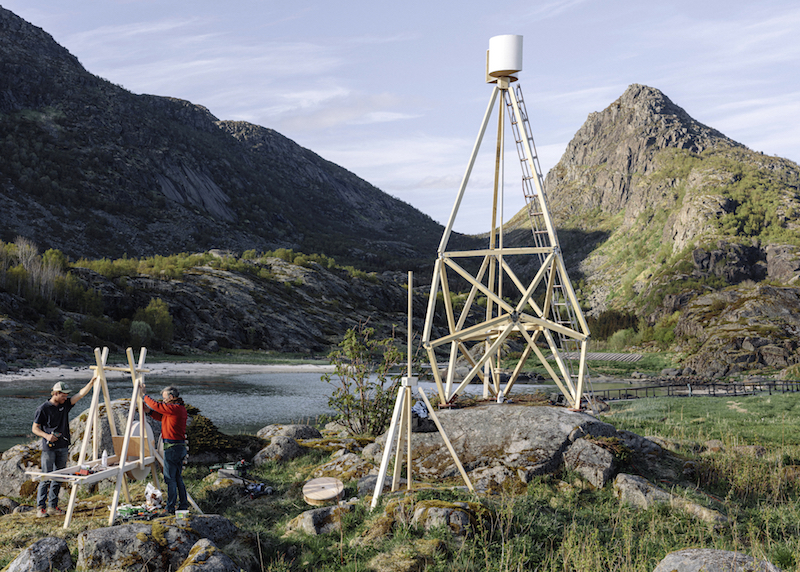