Walking down the flight of stairs that leads to SAVVY Contemporary, the voice of a woman emanates from inside. She is telling a story, in English, about a man who is looking for a mouse. He calls out “Ms. Mouse, Ms. Mouse!” but he cannot find her. Moments later, the voice switches to a different language, like a poem recited for no particular audience, and it echoes in the long corridor that leads to the gallery. Snippets of children’s stories and folk tales, poems and maxims float in the air; taken together, they assemble a patchwork of words and sounds, like glossolalia. Whether someone is there to hear them or not, the voices are sounding, juxtaposing four different languages spoken in Uganda: Luganda, Lusoga, Lugbara and English. This piece by Immy Mali, called ‘Sounds of Memory,’ doesn’t necessarily discuss madness per se; rather, it places itself in a complex web of shared histories and multilayered cultures, as the artist experienced them growing up in Uganda. So, we enter a fragmented world. 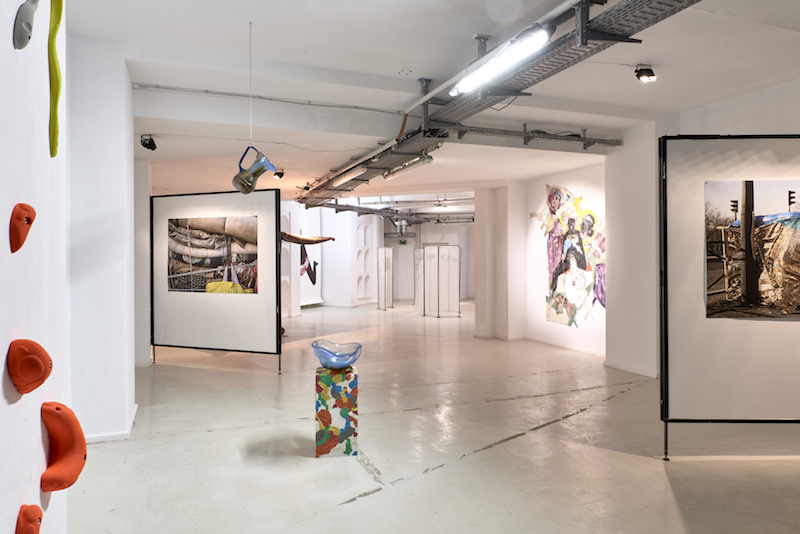 The exhibition ‘Ultrasanity: On Madness, Sanitation, Antipsychiatry and Resistance’ is part of a research, performance and exhibition project, presented in its fourth iteration at SAVVY Contemporary and at the ifa gallery in Berlin. ‘Ultrasanity’ was also the topic of a symposium during the 2019 Venice Biennale, a focus group during the Gnaoua festival in Essaouira and a two-day performance called ‘Invocations’ during the Lubumbashi Biennale. To put it simply, this last Berlin chapter offers an incomplete choir of subjectivities that all deal with the marginalization and fabrication of mental illness.

For this exhibition, the curators have brought together vastly different formats and stories into the same space. They weave bonds between different experiences of discrimination and different structures of oppression, all of which have in common the creation of a fracture between the sane and the insane; the invisible and the powerful; the colonizers and the colonized; the scientists and the schizophrenics. The individual experience of madness isn’t really the main topic. Rather, the institutions, ideologies and structures that frame otherness as such are, in fact, in question. Many of the artworks investigate interpersonal relationships, accumulating, for instance, thousands of small human heads made with the same pottery mould, in three colors, as M’Barek Bouhchichi’s ‘Terre’ installation. How does a person get singled out, differentiated, identified as divergent? 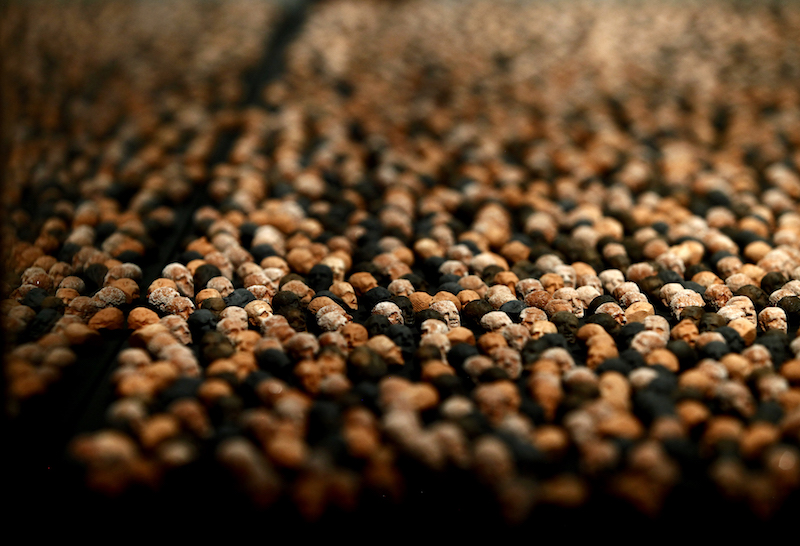 In both of Adjani Okpu-Egbe mixed-media pieces, the central figures are framed by two other ones. In ‘The Coronation of Steve Biko’—the anti-apartheid activist (who was at the forefront of the South African campaign Black Consciousness Movement and was killed by state security officers after being arrested in 1977)—is surrounded by two female figures: caretakers, partners, healers? As they crown Steve Biko as a hero, are they not celebrating his insanity, as well? Isn’t rebellion an act of madness, if it must result in violent death? In ‘Fabricated Anthropology,’ the hero becomes a nameless character, an African man shipped to America, whose history was tampered with and coerced into servitude. He is also surrounded by two figures, antagonistic this time. These are white, fearsome men, flying kites that celebrate hate-speech platforms like 8chan while it is raining dollar bills and blood. Here, we are thrown a picture of dismay, of astonishment and anger at the lies that abound, distorting and alienating realities. Okpu-Egbe reminds us that the roots of brutality of our current socio-economic system are old and rotten.

Adjani Okpu Egbe: ‘The Coronation of Steve Biko’, 2018 // Courtesy of the artist and Savvy Contemporary 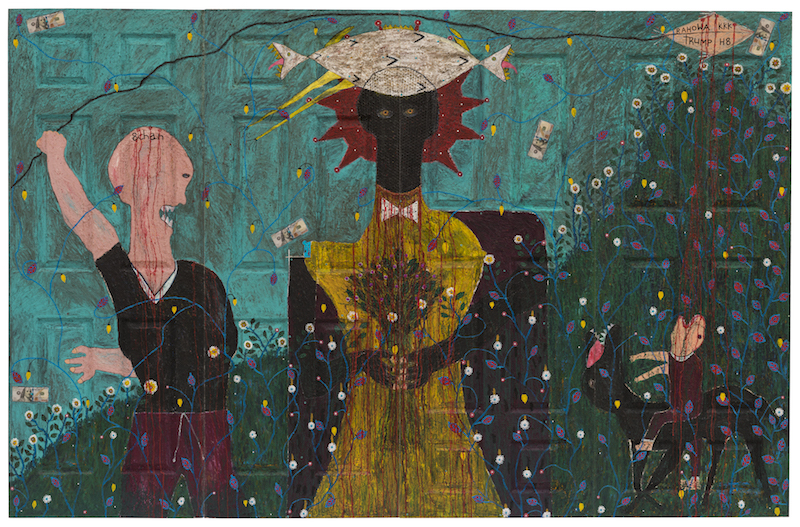 ‘Ultrasanity’ also traces the failures of medico-scientific models in dealing with diagnosis and interventions. Frederick Hickling documents the ‘MADnificent Iterations,’ alternative practices of psycho-historiographical therapy that have, since the 1970s, involved popular theater as a means to embody trauma and deflect violence at Bellevue Hospital in Kingston, Jamaica. His informative tone is balanced by deeply emotional and introspective accounts of tension with medical authorities. The gigantic silkscreen ‘Waiting in Faith’ by Virginia Chihota depicts the artist pregnant, in doubt, worried about a third miscarriage, yet determined to bypass doctors advising her to use surgical deliveries. John Akomfrah’s three-channel film is a muffled protest against the diagnosis of jazz musician Buddy Bolden as schizophrenic and his immediate and permanent internment in an asylum near New Orleans in the 1920s. How are psychopathological diagnoses made, and by whom? What does it mean to consistently accept, in daily language, the use of terms like “diseased,” “inferior,” “abnormal” to designate another (human) being? Inevitably, ‘Ultrasanity’ draws us to challenge the ways in which categorical thinking—and the resulting exclusion and coercion—have underpinned coloniality, racialization, objectification and patriarchal oppression. 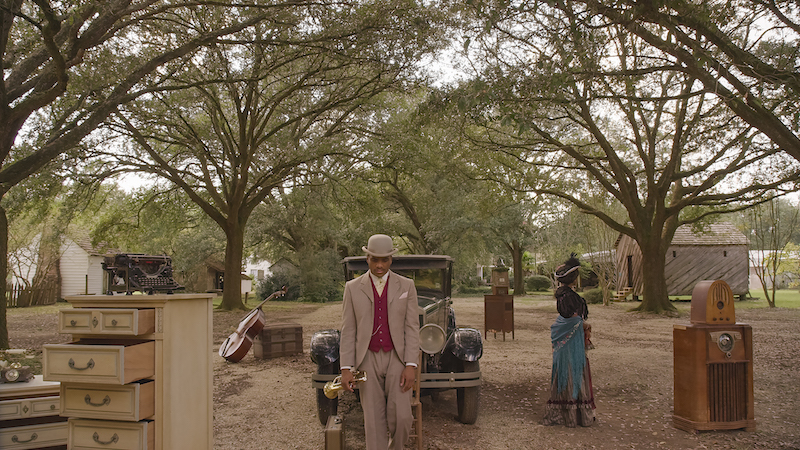 But some of the artworks seem to inflate this distance and add another level of separation. The photographic series by Nathalie Mazeas, for instance, exposes the self-built shelters of homeless people living in Paris. The constructions are zoomed in on, isolated and presented here as if it was obvious why a house made of recycled materials should be on display. During a tour, the curator explained that there were many other images in the series—portraits in particular—but they chose to only display images of their shelters at SAVVY, “like their ghosts.” It was also mentioned that the photographer “talked a lot” with the residents. But what was the nature of this exchange? What did those whose works were used as subject matter in the photographs gain from being once more stigmatized as homeless? Does it even make sense to continue using the term “homeless” when we have visual proof that their homes do exist, built and consolidated over long periods of time? In this situation, it seems that the naturalistic gaze was adopted by the photographer and accepted by the curators; the artist gave away little vulnerability, little engagement with the long-standing barrier that she was showing. Taking photographs of a DIY kitchen made of metal grills and salvaged oil barrels only reaffirms the notion that misery in the capitalist age depends on material means; being able to adapt to a lack of means or a lack of money is a form of survival in a damaged society. It is not a practice to be patronized by calling it “prodigious” and showing it in a gallery. The distance increases and little is proposed in the way of healing. If the core objective of ‘Ultrasanity’ is to deconstruct and challenge conventional perspectives on psychopathologies, can ultra-realistic visual media truly help reveal the fundamental significance of discrimination? 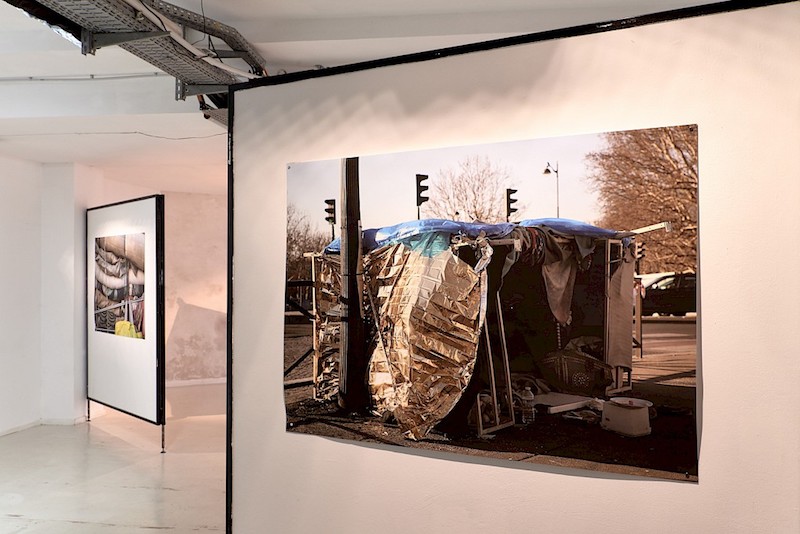 The discourse held overall in ‘Ultrasanity’ is one that is deeply embedded and embodied; it does not seek to isolate particular “cases” of madness and attempt to understand or explain them. Rather, it makes apparent the multiple entanglements of science, (colonial) politics and social coercion around the divide between sanity and insanity. The construction of binaries is precisely what is at stake here, from auscultation and diagnosis to segregation or treatment. Most of the artworks attempt to reveal the violence in these processes, and some begin to point to the possibility of healing.

The ‘Invocations’ programme, a sibling to the exhibition, will welcome various performances that tie medicine to witchcraft, on January 25th and 26th at SAVVY.