Jeremy Shaw is well versed in creating fictional-futuristic, pseudoscientific narratives in his films. ‘Phase Shifting Index’—Shaw’s new video installation that opens to the public tomorrow at Centre Pompidou in Paris—does exactly this. The show at the museum is part of their ongoing initiative ‘Mutations/Creations,’ which aims to explore the interdisciplinarity of art, engineering and technology. Ahead of the exhibition opening, we caught up with the Berlin-based artist to hear about his new project. 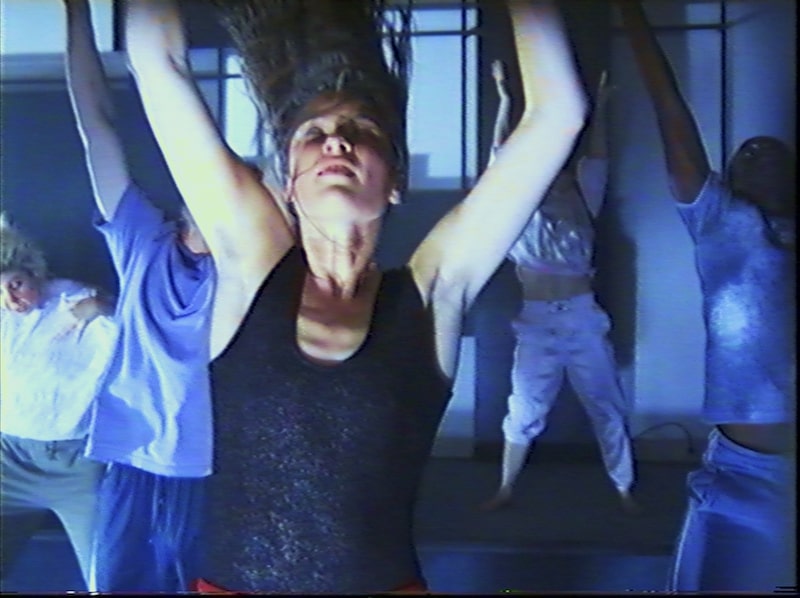 Bárbara Borges de Campos: What can we expect from the new show at Centre Pompidou?

Jeremy Shaw: A seven-channel video installation featuring seven different groups of people engaged in some type of embodied movement practice. The videos appear to be archival, so the various groups are set back in time on media that spans from the late 60s to the mid 90s—from 16mm film to Hi8 video. They all loop independently and are seemingly quite disparate, yet held together by a single narrator who details the belief systems of the groups from a future perspective; the groups themselves also being set forward in the future from today by at least 30 years. They play on their own for some time before slowly unravelling and then lining up in a moment of cross-temporal choreographic sync.

BBC: ‘Quantification Trilogy’, your three part para-fictional short films, ‘Quickeners’ (2014), ‘Liminals’ (2017) and ‘I Can See Forever’ (2018), also take place in the future and touch upon issues of belief, movement and transcendentalism, do you see this new work, ‘Phase Shifting Index’, as an epilogue to it?

JS: It’s a further investigation into similar worlds, with slippery time zones and histories, using a similar strategy of working. But these are shorter glimpses, less linear, with less explanations. It all exists within the same post-spiritual space as the trilogy, but it’s not a summary or conclusion by any means. 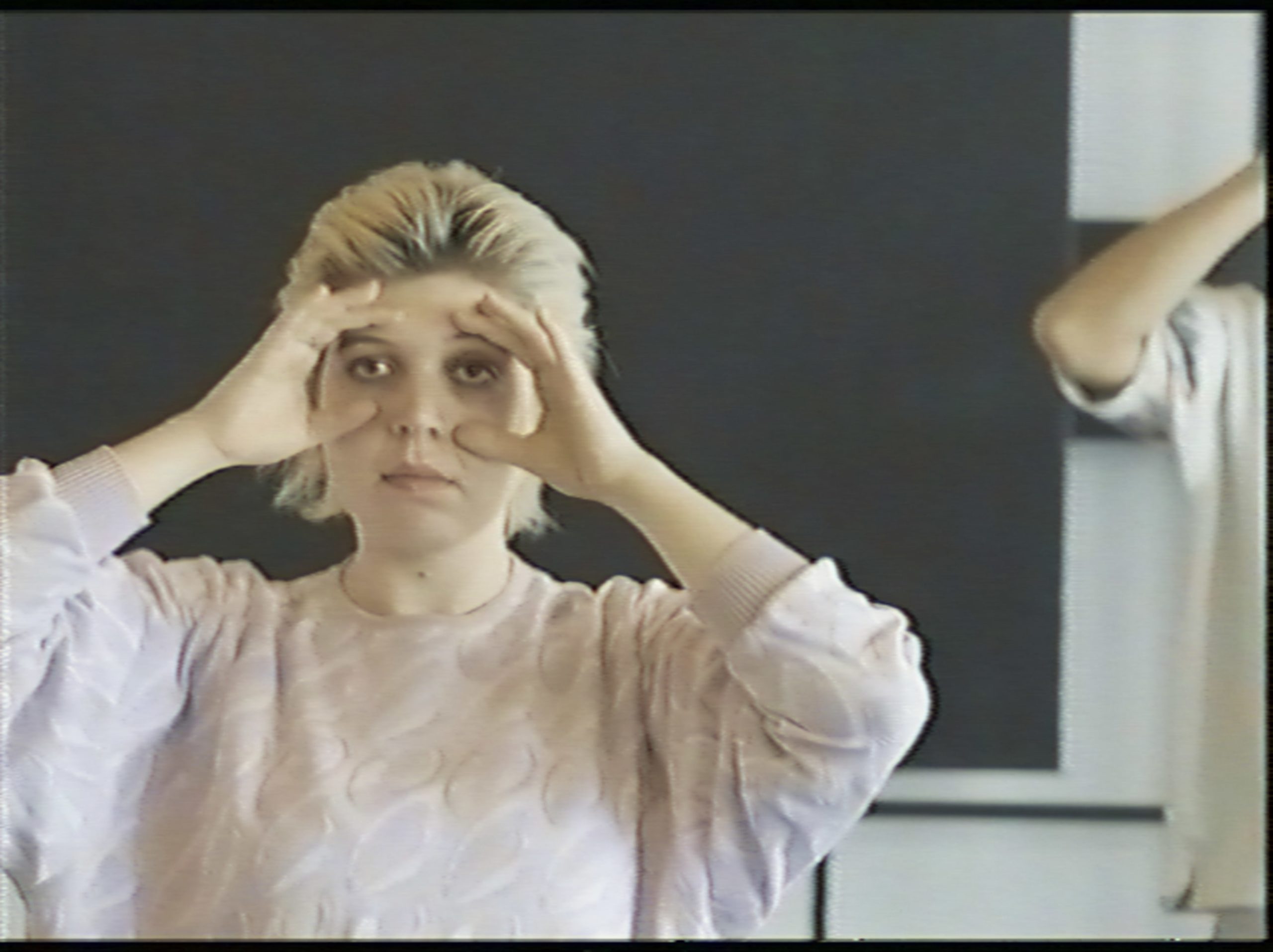 BBC: ‘Choreometrics’, a mid-20th century pseudoscientific project, in which Alan Lomax attempted, by codifying and cataloguing movement, to create an anthropological dictionary of dance, has some parallels with your work, particularly in the way you ‘scientifically’ look at movement. How has Lomax’s investigation influenced ‘Phase Shifting Index’?

JS: It was an influence in the initial stages of research and conceptualizing the piece. Lomax’s attempt to establish an ethnographic dictionary of dance and movement, a sort of cross-referential encyclopedia between cultures, was really compelling to me. It was pseudoscientific and fraught, but very generous. I’m more interested in the universality of the desire or need to dance, though, in a motivational sense, rather than the mechanics and their placement geographically. The inherent urge in humanity to dance is a place my work often stems from.

BBC: Do you think “documentary” must equate truthfulness?

JS: There is definitely a general presumption that documentary means truth-telling, I think that’s probably part of the definition of the term. But, because of this, it’s quite an easy thing to manipulate and make anything but truthful. 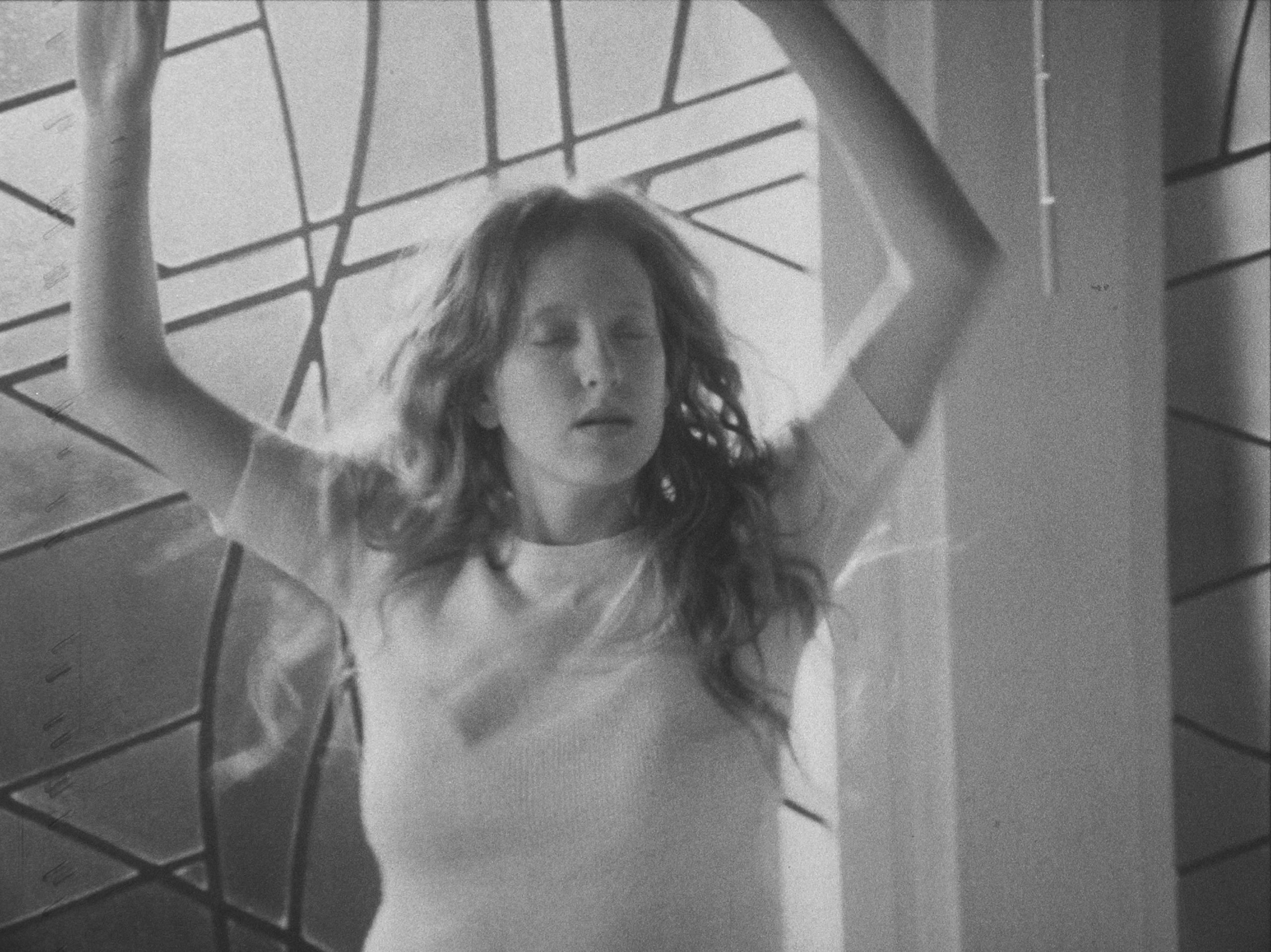 BBC: Is it possible to call your work an ethnographic study of future movement?

JS: In a fictional way, yes, but I’m not really speculating in that sense. I’m combining a lot of different things that come largely from the past, then applying future narratives to the material. One of the groups dance in an American Hardcore style; another one has a very somatic, movement therapy type practice; one pops and locks; one does a bastard form of modern dance. These aren’t necessarily movements that I foresee being prominent in the future. I embellish and combine and twist the styles but, for the most part, it’s really only the narratives themselves that detail the future.

BBC: Altered states have always been a part of your practice. Do you still engage with them?

JS: I have a pretty strong meditation practice, and I go dancing as often as I can, but I’m not blowing my mind out on a regular basis, or going to the ashram more than once a year. I’m perpetually researching altered states and new developments around them, in neuroscience, the reemergence of psychedelics in therapy, in culture, as well as in history, cinema, literature, etc. The human aspiration toward these states and the attempts to map them remain a primary motivation but it seems to get buried deeper and deeper within the work as I carry on, perhaps similar to how it’s playing out in my life, as well.