The work of the French-Algerian artist Kader Attia teaches us that time alone doesn’t heal traumas. Through visual metaphors, individual and collective histories and information gleaned from experts on the matter, he aims to underpin the importance of acknowledging, showing and integrating them as a way of dealing, alongside the specters, and moving toward healing the individual and collective body. His work on repair, spanning over two decades, thoroughly elaborates it as both a material and symbolic act through sculptures, installations, collages, videos and photographs. Anchored in Frantz Fanon’s postcolonial theories and propped up by the expertise of contemporary thinkers in fields such as psychoanalysis, philosophy, medicine and history, his artistic practice navigates different dimensions of repair, and how they relate to psychological as well as physical injury, and to collective as well as individual trauma.

We spoke about the urgency of social repair driving his interest and practice, and the capacity and necessity of art to yield cathartic and restorative experiences. In addition, we talked about his most recent project ‘Fragments of Repair’ at BAK – basis voor actuele kunst in Utrecht, and how his originally Paris-based but now nomadic space, , maintains its focus on decolonization. 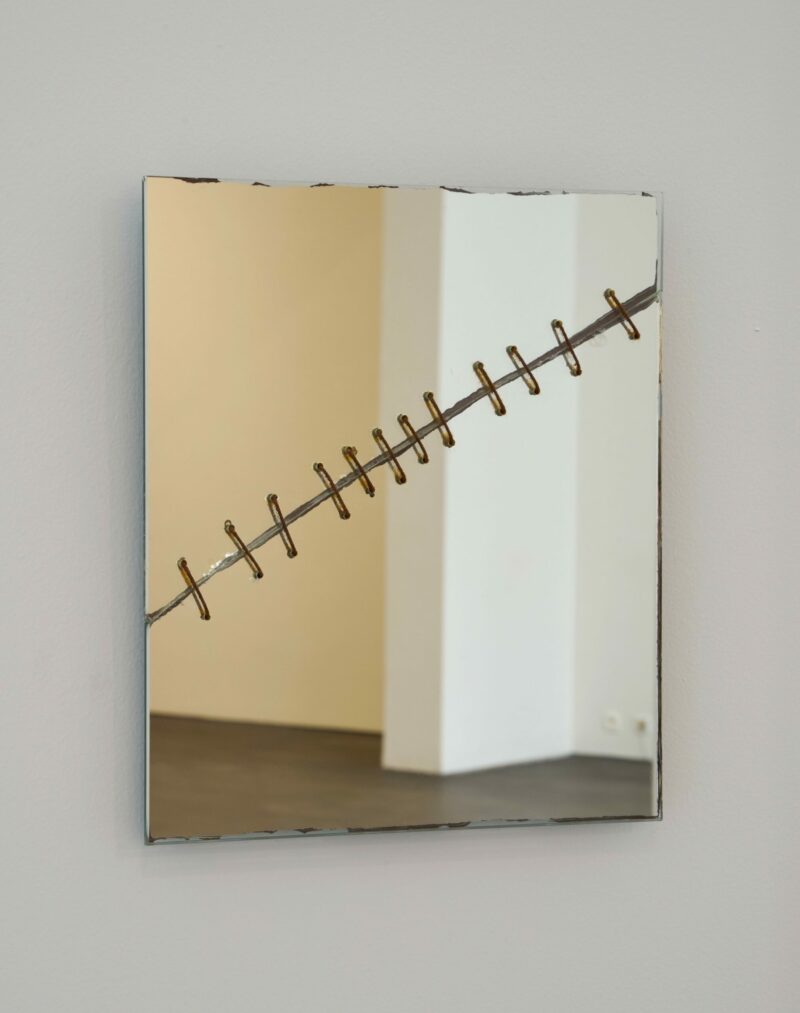 Adela Lovric: As an artist, intellectual and activist, you have been working with the concept of repair for over two decades. Where does this interest come from and what keeps you focusing on it so persistently?

Kader Attia: I’ve always been interested in the recycling processes of leftover objects generated by modernity and capitalism. Even as a child I used to build my own toys and recycle old trolley wheels and strings to build cars. It’s not something that was elaborated through an artistic concept. I always found that recycling was a way to reinvent something, and then, at some point, I discovered that recycling means repairing. When I was invited by Carolyn Christov-Bakargiev to present my work at Documenta 13, I had already been working on the topic of repair and injury for almost seven years and yet never had the chance to present this work until then. During the seven years, I was working with the idea of re-appropriation and focusing much more on the notion of injuries and how the human mind has always been struggling with them, whether keeping them visible or erasing them. The reason I’m still working on repair every day—and I don’t think I will stop—is that there is an endless question that comes from this loop generated between the injury and the repair; an endless process that at some point defines the urgency of repair. 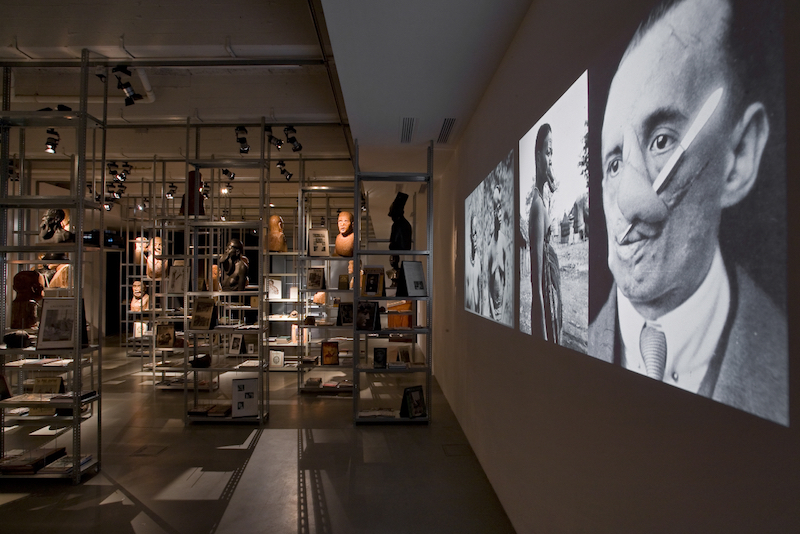 Kader Attia: ‘The Repair from Occident to Extra Occidental Cultures,’ 2012, Documenta 13 // Courtesy of the artist

AL: Repair implies a kind of damage, injury or trauma to which it relates or responds. How do you define this relationship and the temporalities of these seemingly opposite occurrences, especially in connection with collective trauma?

KA: I worked with repair initially in relation to material and physical injuries. When you work with trauma, you enter a much more complex world of immaterial injury. There is an interesting dialogue between non-material things and materiality, or psyche and plasticity. Immaterial injuries have an impact on the plasticity of the brain, and the plasticity of the brain, when it is damaged, has an impact on the psyche of the subject, as a trauma. If you think about major traumas, such as war and genocide, they physically amputate the whole population from its own community and history, but at the same time, there is an incredible legacy left by this amputation. I explore this and the phenomenon of the phantom limb in the film ‘Reflecting Memory.’ The phantom limb is a missing limb, which the brain thinks is still there and keeps sending messages to activate it. It’s also a metaphor to describe what can happen to communities. This missing part of the community is a ghost calling to come back to its position in society. This is one of the difficult tasks of the repair of immaterial injuries, because you have this phantom call to return that you can compare with the whole history of restitution. We carry deep within us the injuries and the repair of all the people who have preceded us.

One of the major misunderstandings is that we think trauma is linked to the past, as a sort of memory of what has happened. However, memory is the present. Trauma is a problem because it expresses itself in the present. And, for me, the phantom limb on a collective level is this. In German, you say Phantomschmerzen, which means phantom pain. In ‘Reflecting Memory,’ neuroscientist Boris Cyrilnik says something interesting: when we get very old, our capacity for immediate memory gets less efficient and the past memory takes over. For instance, people who have survived the Holocaust suddenly feel like it was yesterday. This is important to understand memory as a phantom limb when there was a trauma. It’s a sort of eternal now. 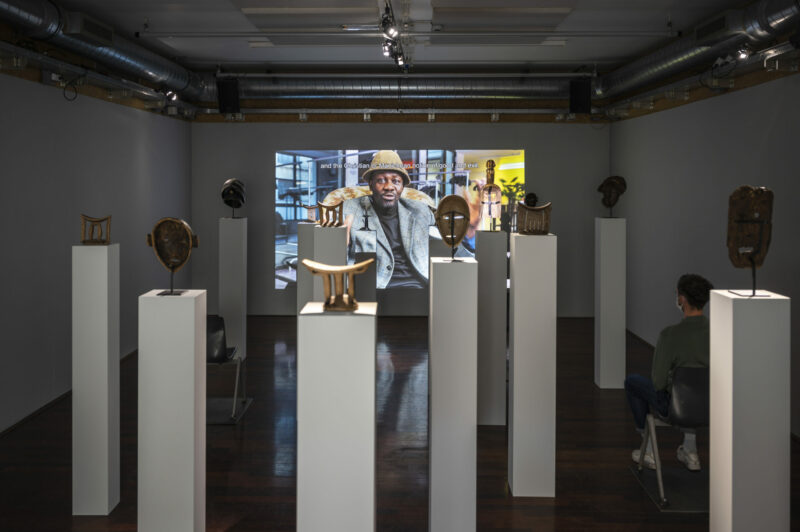 AL: Throughout your body of work, you also address the ways of overcoming or integrating trauma. How can art accommodate these difficult processes?

KA: Considering the fact that art is a form of repair, I really think it has an incredible capacity to help us to engage in this conversation. The field of emotion plays a significant role in the question of injuries, particularly collectively when we speak about trauma. But it is also dangerous. It’s a tool to gather and manipulate a crowd; a form of catharsis when it’s used by charismatic leaders to run insanely huge movements and impact public opinions. Artists can stand against this form of fascism because they have the capacity to compete with crowd magnetism.

Art should work on the basis of the field of emotion to create this experience of catharsis that Aristotle was speaking about. He said that the Greeks go to the theater to get rid of their trouble. They want to see a hero beating a villain so they can identify the villain as the person who is causing them problems. I trust the artists and their capacity to retake political power. However, it is a question of the medium. The difficult task of re-appropriation of the field of emotion by artists competing with political power is that our relationship with art has changed. Walter Benjamin explained this in the 1930s in ‘The Work of Art in the Age of Mechanical Reproduction.’ What used to be the link between the artist and the public has vanished, especially today with digital takeover, and it is accelerating with cryptocurrencies and NFTs. We should care more about artists who are blurring the border between art and politics, such as Forensic Architecture. In the analysis they develop on a project, you clearly see a hero and a villain, and you want justice. They use contemporary art in a very smart way and without losing the ethic of the project. It’s still a document that can be used in a trial—and it has been. There aren’t many artists who can claim that their work has been used to defend a political case. It is important because we live in what Gramsci described as blurred moments; a transition. This is a time when we need action more than representation. 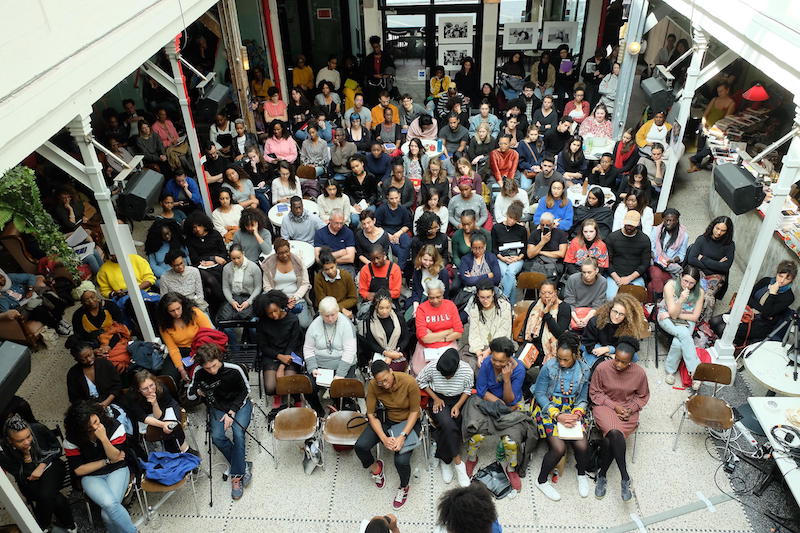 AL: One of your projects – – is on that track. It is described as a space for the exchange of ideas and discussions focusing on decolonization “not only of people but also of knowledge, attitudes, and practices. Driven by the urgency of social and cultural reparation, it aims to reunite what has drifted apart or been broken.” However, in March 2020, it had to close due to the effects of the Covid-19 pandemic. In March this year, it was reborn into a nomadic format, through the project ‘Fragments of Repair’ in collaboration with BAK in Utrecht. What does this forced shift to a nomadic format signify and carry with it?

KA: I would love to reopen a space, but it’s unbelievably difficult to get support for a decolonial project. We wanted to maintain a decolonial conversation and we decided to work with people who support us as nomadic so that we don’t need to run a space and can at least experiment for two or three years before becoming sedentary again. In parallel to the program at BAK in Utrecht, we developed a workshop with participants in Paris. They were following the lectures through so-called “gatherings,” which took place every three weeks at BAK. We had Catherine Malabou, Achille Mbembe, Souleymane Bachir Diagne, Olivier Marboeuf, Ruth Wilson Gilmore and many other interesting people there. The live aspect of a decolonial conversation is very important for me, in terms of reflection and learning. Since we closed and we very much need to sit and talk and think together, I believe that we can invent a sort of laboratory of decolonial strategies. That’s why I wanted to define this as a moment in-between where we can hopefully find another place. 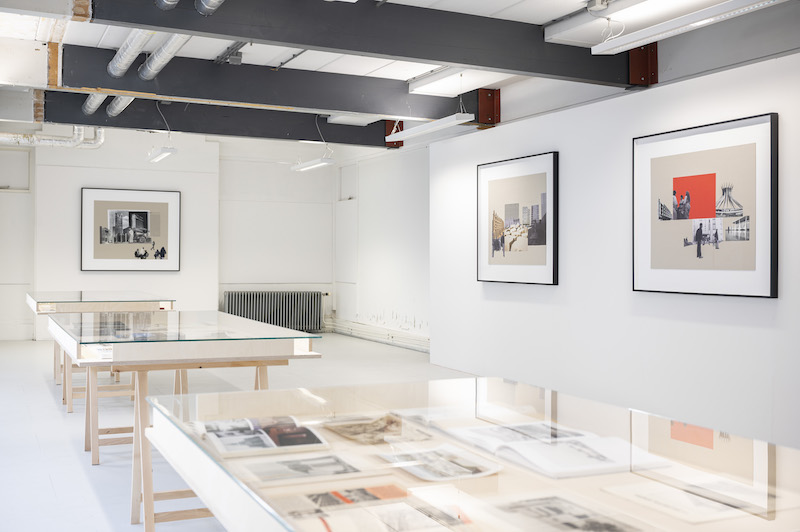 Kader Attia: ‘Fragments of Repair’ at BAK // Courtesy of the artist

AL: You also had your own exhibition as part of ‘Fragments of Repair’ at BAK this summer. You proposed the notion of “decolonial repair as a tactic to engage with the planetary urgencies of collective mental health in a world wounded by the Covid-19 pandemic.” Can you trace the connections between decolonial repair tactics and the ongoing damage they target?

KA: At the beginning of the pandemic, everyone was confused. People have already forgotten that the lockdown was like being in wartime. I was having weekly conversations with a psychoanalyst friend who told me that all of this will lead to psychological disaster. Very quickly, I understood that she was right. The whole of humanity has never been psychologically prepared for that. It always surprised me how Western governments don’t give space to mental health in politics. There is the Ministry of Health, but there should also be the Ministry of Mental Health. We are all mentally ill because of stress, anxiety and frustration generated by capitalism.

As I was developing this project with BAK, the idea was to transfer this conversation there and see how the notion of repair can be developed and explored within psychoanalysis. Then, I proposed to produce a podcast and asked to be put in touch with university students, teachers and researchers in the region. We developed conversations that will be edited and broadcasted by BAK, but also in a psychiatric hospital and university.