The eighth annual edition of Creamcake’s 10-day 3hd—an interdisciplinary arts festival that this year responds to the idea of “space”—is happening from October 20th to 29th. An accompanying nearly month-long extended program will also run to November 21 and will be scattered throughout event venues in Berlin. Creamcake (CC), a Berlin-based interdisciplinary platform that brings together electronic music, contemporary art, and digital technologies, has been running 3hd since its inception in 2015. Each festival has engaged a different theme that responded to the relevant socio-political challenges of the time. This year’s edition, inspired by the 1978 comedy science fiction franchise ‘The Hitchhiker’s Guide to the Galaxy’ by Douglas Adam, is titled ‘Life, the Universe, and Everything.’ “Space”—reads a quote from the imaginary travel book published on 3hd’s website—“is big. Really big. You just won’t believe how vastly, hugely, mind-bogglingly big it is.” 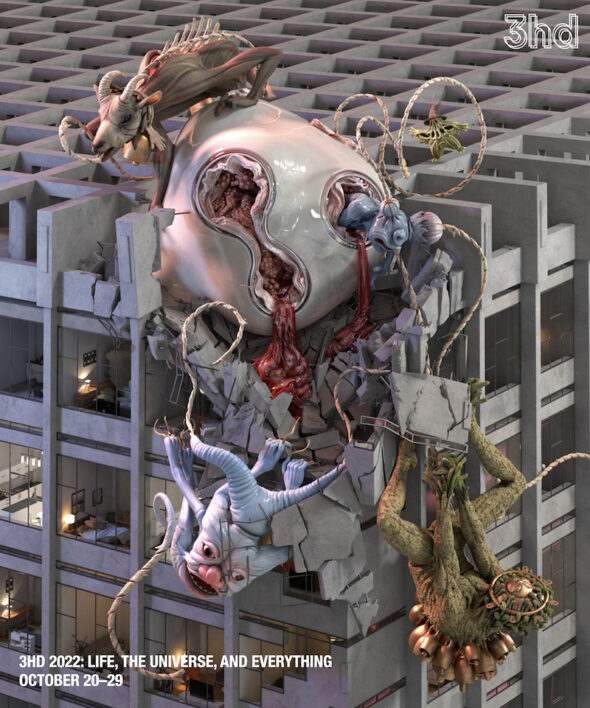 3hd 2022 Festival Poster, ‘Life, the Universe and Everything’// Image by S.A Mayer

Opening the festival on October 20th at the Tempelhof art space, soft power, is the CC-curated group exhibition ‘Don’t Panic.’ Like the festival itself, it also takes its title from ‘The Hitchhiker’s Guide to the Galaxy’s’ galactic guidebook. ‘Don’t Panic’ will act as a survival guide to the realities of technology, space colonization, and ecological crises—realities that become more potent with every passing technological development, and political and natural disaster. Artists include JAZSALYN, who, through their AI-driven computational studies, attempts to re-indigenize algorithms to envision erased histories and their technologies. Sofia Moreno will present an installation through which she reclaims Latinamerican mythology, giving an insight into ancient views of the cosmos. Artist Lito Kattu will show extra-terrestrial-like sculptures that reference climate-change-driven natural disasters from the southeastern Mediterranean, while Katja Novitskova will present an “out of this world” visual landscape of life across planetary planes. Tianzhuo Chen and George Henry Longly show a tarot-like LED video installation and contemplate the exploration of terrestrial and bodily extremities through mixed media installations. 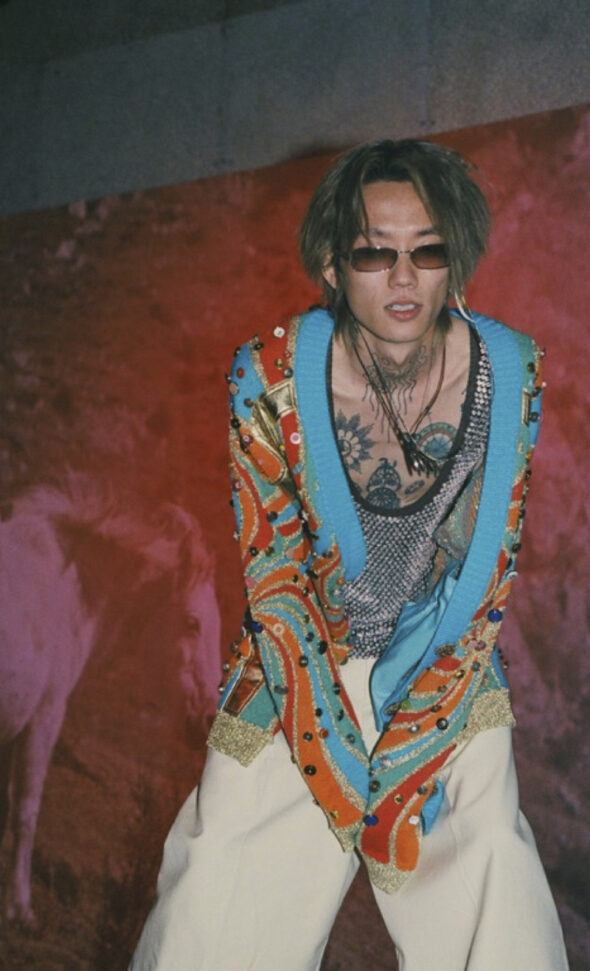 Another highlight of the festival is the ‘Deep Thought’ presentation happening simultaneously at the Berlinische Galerie and online via the 3hdtv platform. 3hdtv is a platform realized during the 2020 edition of the festival titled ‘UNHUMANITY.’ It is an online space created in response to the uncertainty brought about by the pandemic. ‘Deep Thought’ runs throughout the 10-day festival showing four films from four artists. The films range from an exploration of the globalized trade routes through a fictional account of a young french woman and a Chinese yellow vest worker by artist Shuang Li, to a collage of stock photos of everyday life that reference the Galileo spacecraft on its way to Jupiter by Agnieska Polska. Alice Bucknell will present a speculative narrative about the colonization of Mars, and lastly, Josefa Ntjam creates a character that embodies the memories and histories of those fighting for Cameroon’s independence. 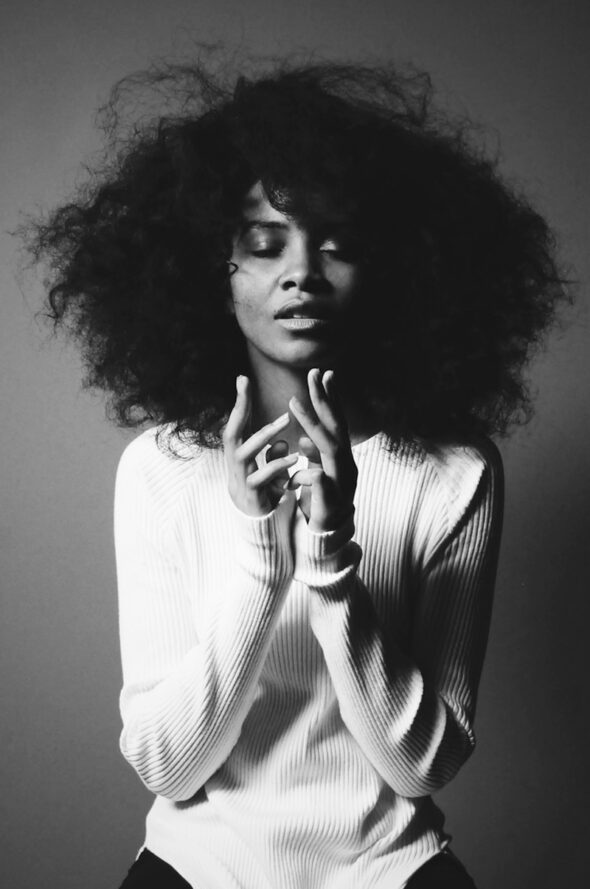 JAZSALYN 2022 // Courtesy of the artist and Jon Millner

Ultimately, ‘Life, the Universe, and Everything’ is an existential investigation of what it means to be alive in this fraught, dangerous time. Through a range of artistic strategies encompassing everything from ecstatic experience to the imagining of alternate realities, the selected artists and performers probe into what the future could hold for us as a species.