Berlin Fashion Film Festival has just announced its preliminary programme, as well as opened up ticket sales, for its fourth edition, which will take place on June 5th, 2015 at Astra Kulturhaus…[read on…] 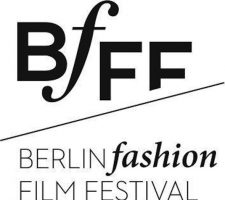 The Berlin Fashion Film Festival has extended its deadline for submissions until April 3rd. Fashion brands, labels, designers, filmmakers, producers, advertising agencies, clients, and the like, are encouraged to apply for an opportunity to showcase their creative efforts in fashion film production…[read on…] 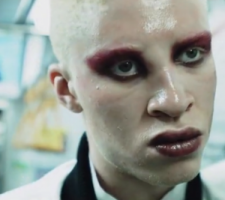 This coming June, the Berlin Fashion Film Festival will give brands, labels, designer, filmmakers, producers, advertising agencies, clients, and the like, an opportunity to showcase their creative efforts in fashion film production…[read on…] 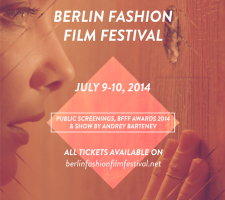 Accompanying Berlin Fashion Week for the third time is the Berlin fashion Film Festival (BfFF), on July 9th and 10th. The programming, praised for its selective curation, has four screenings open to the public on…[read on…] Fashion films are becoming the future of fashion marketing as they blur the line between the product as designed art and as commodity. Berlin Fashion Film Festival (BfFF) is an event based on recognizing this developing film genre, which includes avant-garde performances, short films, and television commercials…..[read on…]