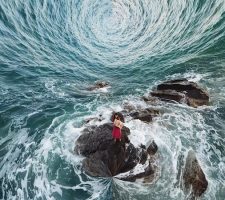 This year I tried a thought experiment: what if I came to abc – art berlin contemporary with fresh eyes, imagining I was new to Berlin and its vast and varied gallery scene? Would I think it was just another art fair? Some good, some very bad, mostly overwhelming and commercially oriented…[read on…]

The Odyssey has been translated into many languages, but never translated into the language of flowers. This is the work of artist Camille Henrot’s new exhibition, Snake Grass at Schinkel Pavillon. At first, the show doesn’t seem to be from the same artist who created the Silver Lion Award-winning Venice Biennale video, Grosse Fatigue in…[read on…]