Celebrating its 15th edition this year, Gallery Weekend Berlin officially takes place in more than 40 galleries across the city, showcasing work by both new and established artists from April 26th to 28th. Additionally, a host of institutions, private collections, galleries and off-spaces will be opening new exhibitions throughout the week. The choice can be overwhelming so Berlin Art Link has compiled its own list of must-sees during this year’s Gallery Weekend.

Berlin is getting a new publicly accessible private collection—this time one that focuses specifically on contemporary time-based art. Removed from the city center, unlike the Boros Collection or Sammlung Hoffmann, Fluentum finds its home in a former military facility that served as the headquarters of the US Army from 1945–94 in the quiet south-west neighborhood of Dahlem. The space is opening its doors for the first time during Gallery Weekend with a solo exhibition of the Dutch artist Guido van der Werve, though the collection itself was founded in 2010 and also boasts works by Omer Fast, Hito Steyerl, William Kentridge, Douglas Gordon, Katarina Zdjelar and Hiwa K, among others. 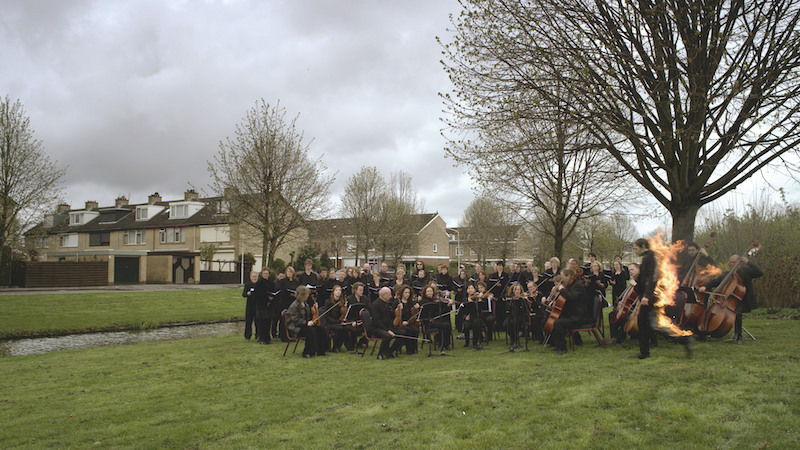 Following its inauguration at Fondazione Prada in Milan, the exhibition ‘The Black Image Corporation,’ conceived by acclaimed artist Theaster Gates, will now be presented at Gropius Bau. Through the work of photographers Moneta Sleet Jr. and Isaac Sutton, the show explores the fundamental legacy of the Johnson Publishing Company archives, which include more than four million images that have helped shape the aesthetic and cultural languages of the contemporary African-American identity. The John Publishing Company, for example, helmed the production and distribution of the monthly magazine Ebony as well as its weekly sister, Jet. By covering everything from events like the March on Washington in 1963 to celebrities and the first African-American astronaut, these publications, founded in 1945 and 1951 respectively, developed lasting legacies as two of the most important titles that not only represented, but also celebrated and discussed black culture. ‘Black Image Corporation’ illuminates the richness of African-American professional codes, modes of dress, social structures, domestic lives, and forms of beauty and glamour.

American artist Adam Pendleton merges references ranging from Dadism to the Black Arts Movement to create works across various media, including painting, performance, video and writing. ‘Who We Are,’ which will unfold at both of Galerie Max Hetzler’s locations, will no doubt continue the artist’s exploration of issues inherent to modes of representation, specifically when confronting notions of “race” and “blackness.” He uses his practice as a way to look into the past as a way to “imagine alternate presents.”

Although much of the energy surrounding Gallery Weekend is focused on, well, galleries alongside private collections and institutional shows, this art fair has chosen to avoid the autumn frenzy. In the atrium of the Deutsche Telekom Hauptstadtrepraesentanz, near Gendarmenmarkt, Paper Positions features nearly 50 galleries from Germany and beyond who present works on paper—or some variation thereof. One such space is Wiesbaden’s DavisKlemmGallery, who will show the artist Petra Scheibe Teptliz, whose work you can learn about here. 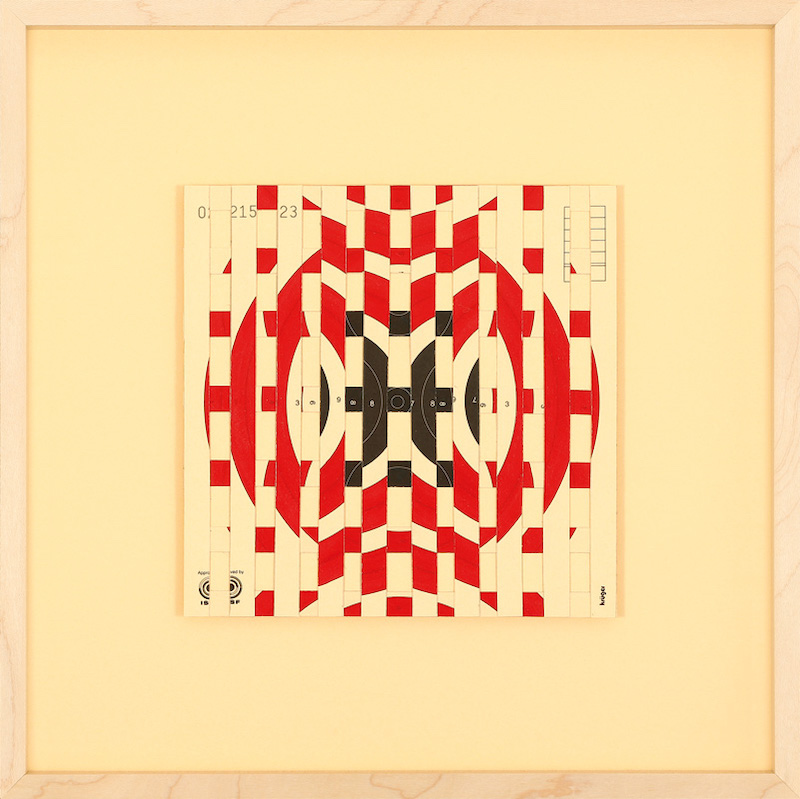 HAU is home to yet another highlight of the week: the German premiere of the performance/exhibition ‘Les Louvres and/or Kicking the Dead’ by Walid Raad, whose artistic practice revolves around the relationship between culture and violence. Born in Chbanieh, Lebanon, and currently living in New York City, Raad will recount the genesis of the works on display at HAU, particularly the quest that took him from a WWII museum in Belgium to the Louvre Abu Dhabi. Alternating between documentary and fiction, the plot develops until two mysteries are resolved—the first one concerning five objects sent to the Louvre AD, and the second concerning a strangely ill-fated collection. 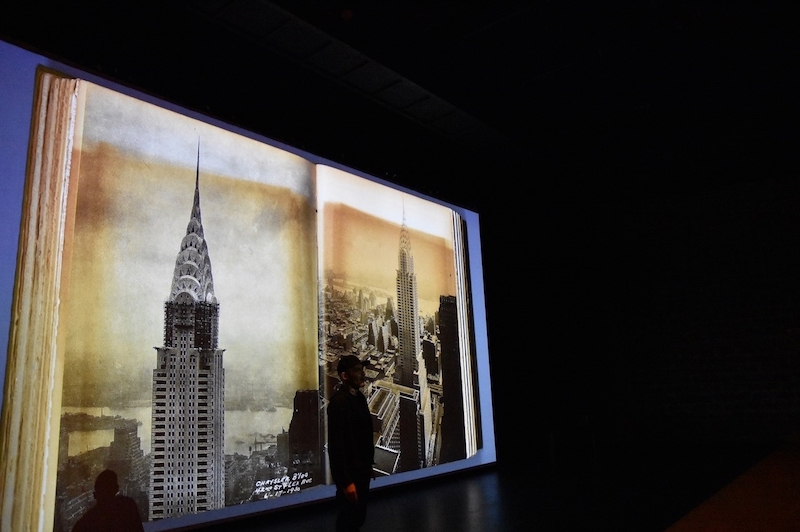 ‘Archivos Olvidados’ marks Sol Calero’s inaugural exhibition at ChertLüdde. Constructed as a tribute to her late grandmother, Luisa Hernandez, the project acknowledges the entwinement of art and craftsmanship to the family matriarch, and celebrates the significance of each to the social and familial structures of Calero’s childhood. The central subject matter is an archive of magazine clippings, formerly used by Hernandez as references for her paintings, and elaborated on here by her granddaughter.

For her fifth solo exhibition at carlier | gebauer, Astra Gröting addresses questions of vulnerability, injury, and repression through three new series, as well as selected earlier works. The pieces in the exhibition evince an expanded understanding of the body, something she has previously explored through her manifold artistic practices, which she has developed since the mid-1980s. The artist translates sculptural thought in diverse media, often inverting the traditional notions associated with monumental sculpture to draw the viewer’s attention to the absence and physical and emotional rifts between people and things.

‘Brine’ marks Elizabeth Jaeger‘s solo debut in Berlin. Through sculpture and installation, the artist, who is based in New York and has exhibited at institutions such as The Whitney Museum of American Art and MoMA PS1, reframes the familiar association between the viewer with their own physical presence and consciousness. In this show, she’ll present “Empty, rotting, hollow…”, a series of transparent glass fish dangling upside down from steel structures, their copper teeth exposed. With gravel covering the gallery’s floor, viewers will perhaps be transported to the interior of a fish processing facility—all in all, a metaphor of “hollow remains of a society in silent, unrelenting paralysis.”

Following numerous solo institutional exhibitions, most recently at Kunsthalle Basel and Haus der Kunst, this exhibition is Raphaela Vogel’s return to BQ after her first show with the gallery three years ago. In the three rooms, Vogel will combine sound collage, sculpture, video and painting into what she deems a “surreal odyssey that descends into the dark sides of the career dream.” Through visuals that include a whirling vortex of an ocean, a bird spider (the largest spider, by mass and size, on the planet) and a cantilever chair, the works reflect both the artist’s own phobias as well as those of the art world at large: the loss of self, the state of exhaustion in an endless production cycle, and social expectations about what it means to be a female artist. 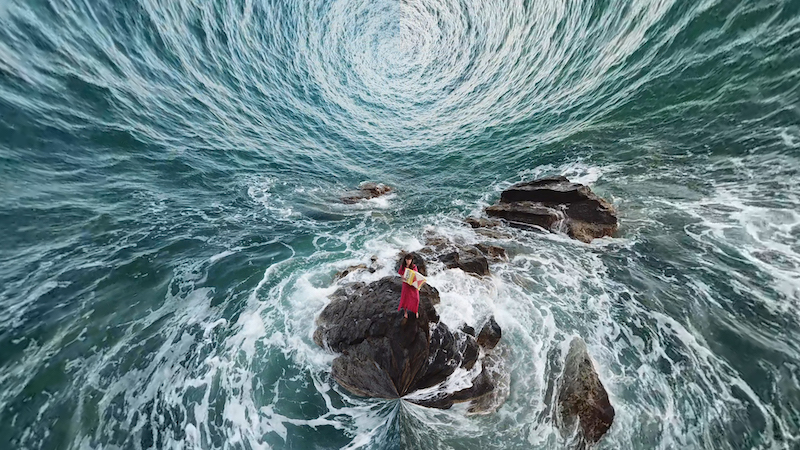