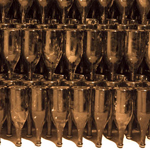 Leo Kuelbs is an international curator based in both New York and Berlin. He has presented the works of over 100 artists from around the world, including a series of four site-specific video art events projected with video mapping technology on the anchorage of the Manhattan Bridge, during the Dumbo Arts Festival last year.
[read on…]