Exhibition // Forum Series: Opening the Doors of Perception at “To the Sound of the Closing Door”

Article by Nora Kovacs – in Berlin // Feb. 17, 2015
For this year’s Forum Expanded portion of the 65th Berlinale Film Festival, the Akademie der Künste on Hanseatenweg opened its doors or, rather, closed them to the film installations of 16 contemporary artists with its group exhibition, “To the Sound of the Closing Door”…[read on…] 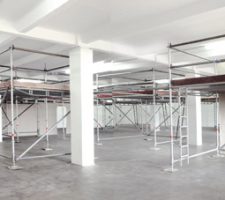