On a dark day in infinity the Universe imagined itself into existence, arriving barely bigger than a dot. From nothing it blew itself up into a gigantic, oddly shaped balloon in which small groups of dissatisfied gases clung. Everything in wanted to get out. Roving, thug-like elements coalesced into gangs, tight knit groups carrying their own insignia and chemical signs. While all around, electrons, making general nuisances of themselves, floated unattached.

This was the situation when I arrived. 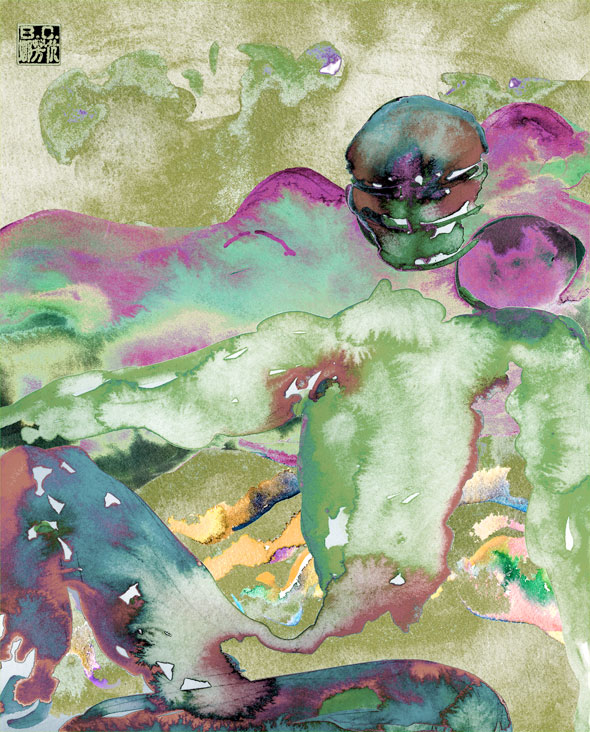 Neutrality was impossible. Charged particles filled the void with their electrical presence, the dull, insistent pull of their masses pressuring them into unstable alliances. capricious and more than willing to switch sides, electrons left their orbits without notice. Frequently discarded as weak links, they were liable to collide with whatever came to pass. Photons, especially, found themselves bouncing around stupidly.

It was all really rather chaotic. I took refuge in the mini black hole I came in, jumping past the event horizon as fast as my charge would allow. (Really I could have been given a bit more umph for a mission like this! Next time I will simply insist.)

Lingering, like members of a congregation, strange gases moved through Space. They milled about indiscriminately, electrons buzzing like flies. In their midst clandestine attractions, in odd corners strange couplings.

Gasses are clumping according to plan, gravity kicking in as predicted and I expect we will have some big results fairly soon. Although I don’t know if I can stick around for the whole shebang. I’d like to see it, though, from start to finish, at least once. The big galaxies with all their satellites whirling round and then kaboom. Perhaps I can get permission. See if you can put in a word for me. Right now things are continually shifting and will continue to do so until the whole mess cools off. This heat is really the worst and my black hole couldn’t be stuffier. But things do seem to be going according to plan as the place is now full of hydrogen and helium nuclei. They are gunning for electrons and once those are locked up, the light will begin to shine.

Ah finally! Look at them fall into those atomic traps. Now our lovely photons will have some space to move about. They are off, they have done it! The Cosmic Microwave Background is on schedule. Congratulations everyone––another successful Launch. And a perfectly executed Big Bang of a beginning.

Other WalkAbouts by Barbara Confino:

Times Square WalkAbout: the Adoration of the Faithful

Brooklyn WalkAbout: The Back Yards of Bay Ridge