Time Magazine recently named Dallas, Texas one of the top 5 fastest growing cities in America, and the new media contemporary art event Aurora is keeping the city’s arts and culture progress apace. The free and public event, which took place in mid-October in the urban heart of the Dallas Arts District, revolved around the theme Light of Convergence.

Over 90 international artists were exhibited at Aurora 2013 and the event took over an impressive span of 19 city blocks. Much of the Arts District’s iconic architecture – including the Wyly Theatre, designed by Pritzker Prize winning architect Rem Koolhaas – was integrated into the exhibition as a kind of canvas. New York-based arts collective 3_Search (John Ensor Parker, Leo Kuelbs and Glowing Bulbs) presented their video piece Blueprints and Perspectives on the facade of the theatre, which used digital mapping technology to propose new and fantastical interiors for the pre-existing architecture.

New York light artist James Clar‘s piece Turbulence was set on a stage at the Skokos Pavillion. The work consisted of a bare lightbulb, oscillating haphazardly around the ampitheatre, as though it was a solo dance performance. Shane Pennington‘s Points of Life brought together his permanent installation at the Dallas City Performance Hall (a programmable LED curtain showing visual material from Berlin’s Alexanderplatz) with the musical stylings of a sultry San Francisco jazz and blues trio, which included vocalist Kally Price, Dan Cantrell (accordion) and Daniel Fabricant (upright bass).

Aurora 2013 was a resounding success, with over 40,000 visitors attending the event. Berlin Art Link Productions was proud to assist in the organization of the event, in collaboration with Aurora founders Joshua King, Shane Pennington and Veletta Forsythe Lill.

See more images from the Aurora 2013 below: 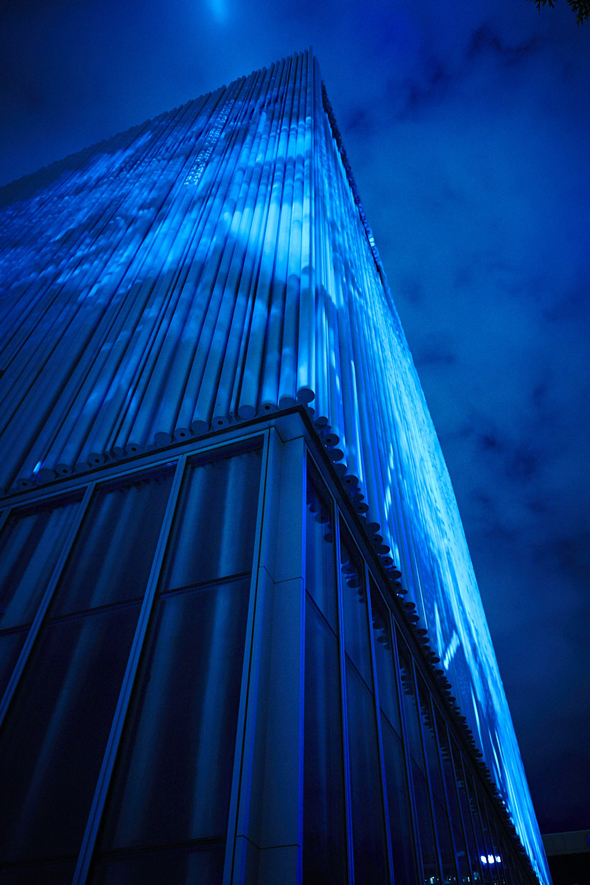 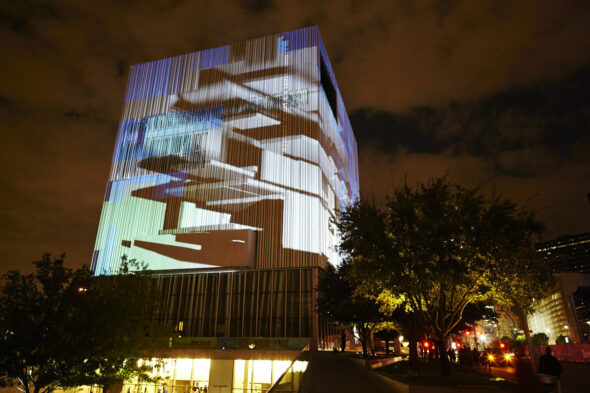 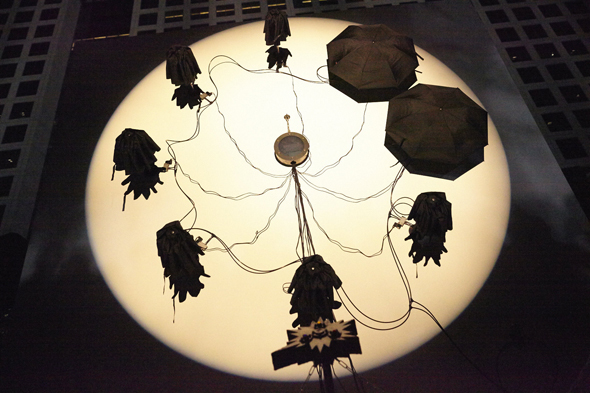 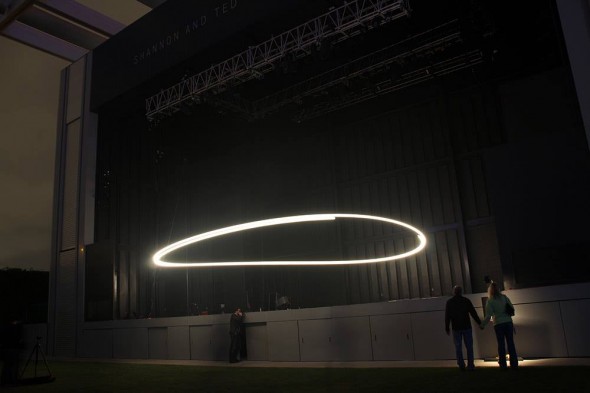 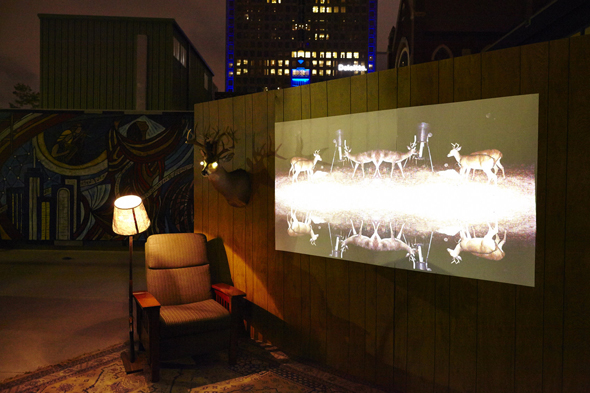 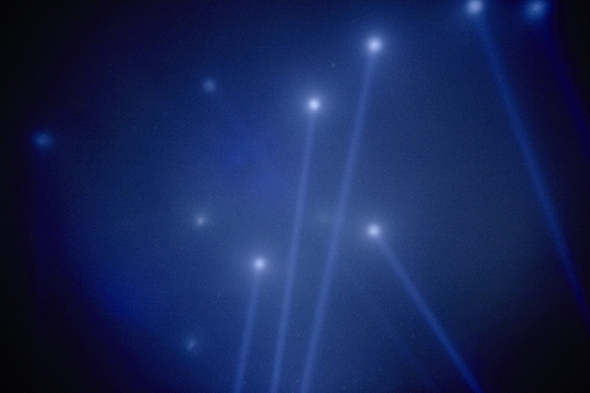 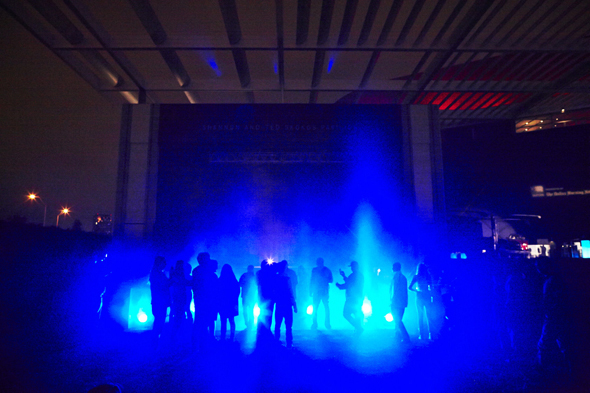 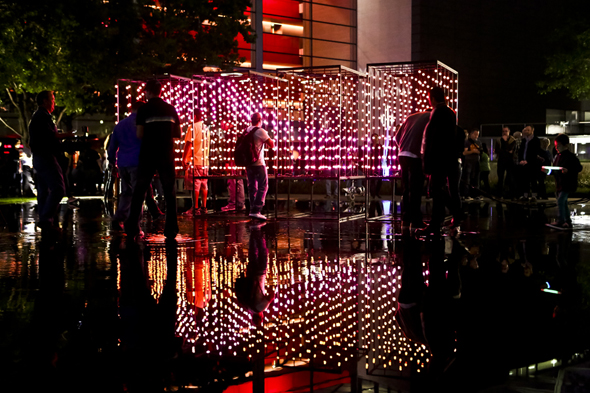 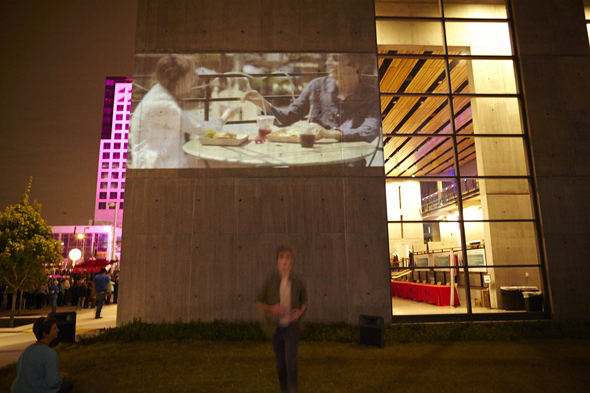 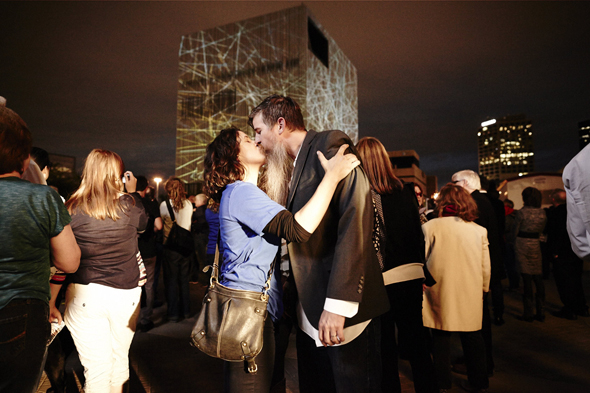 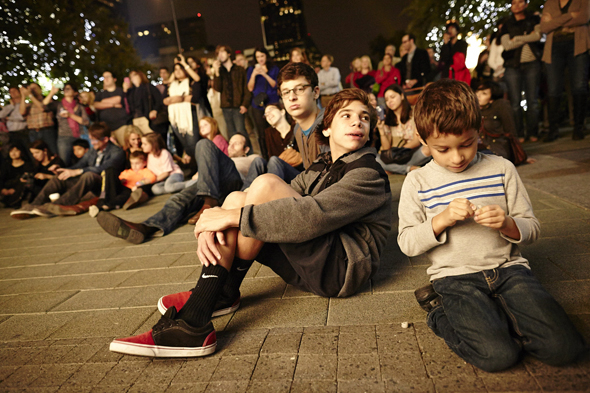 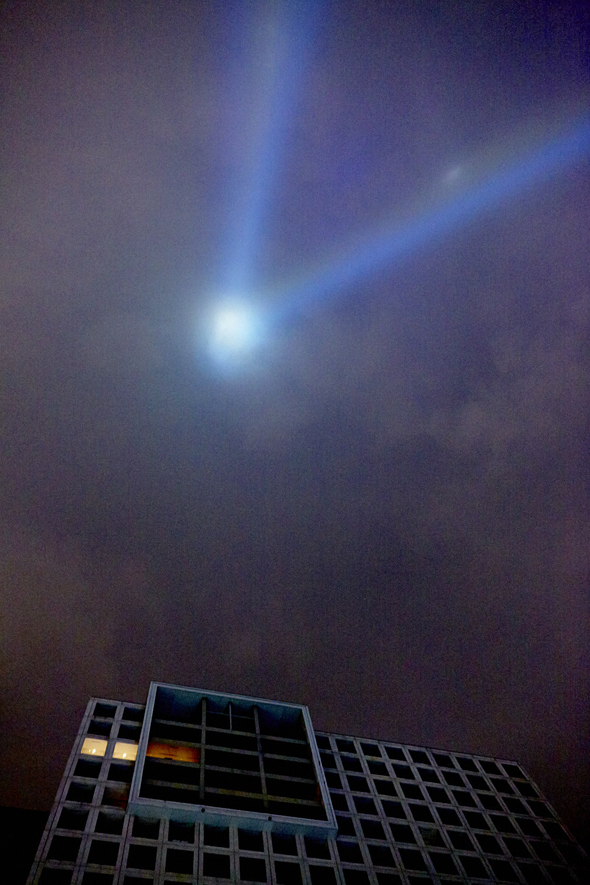 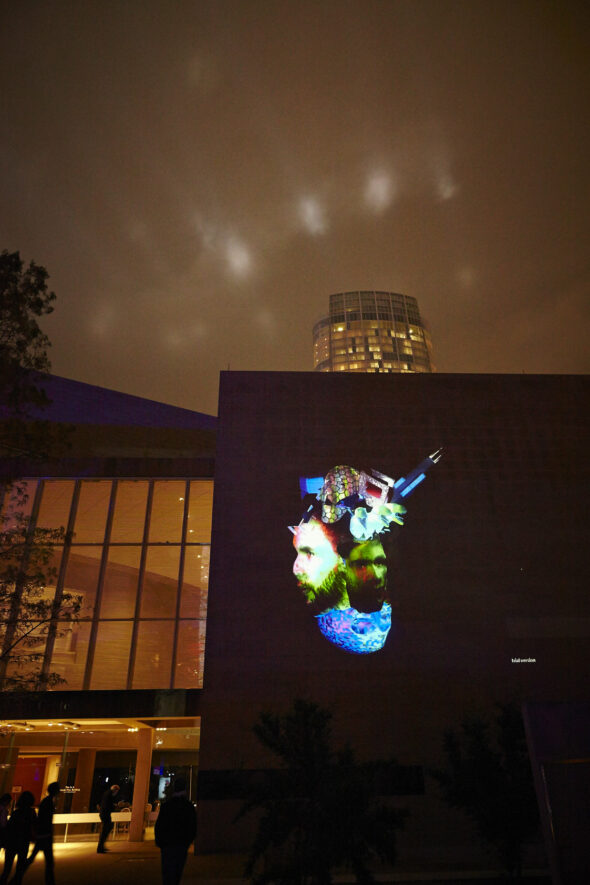 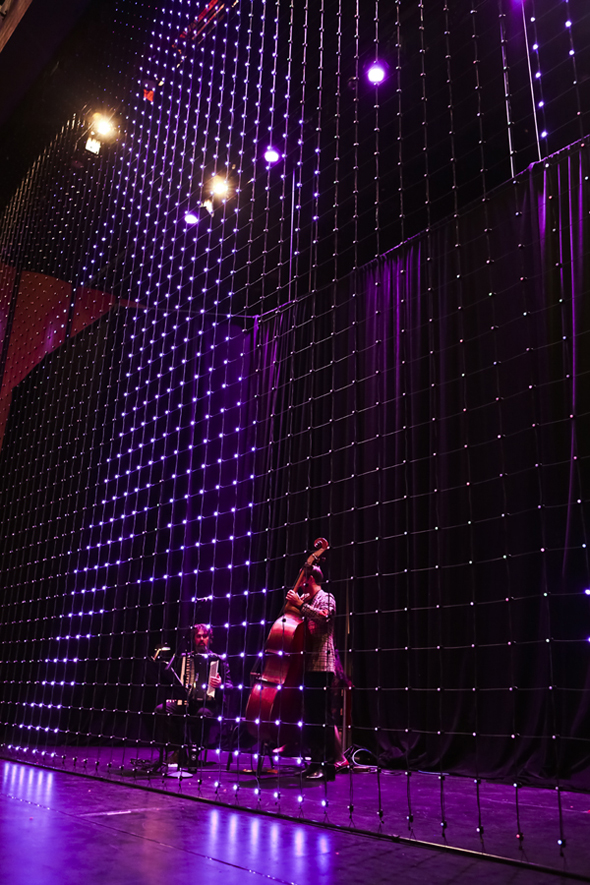 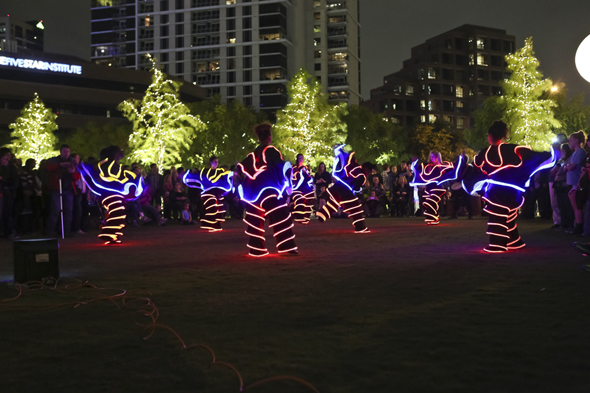 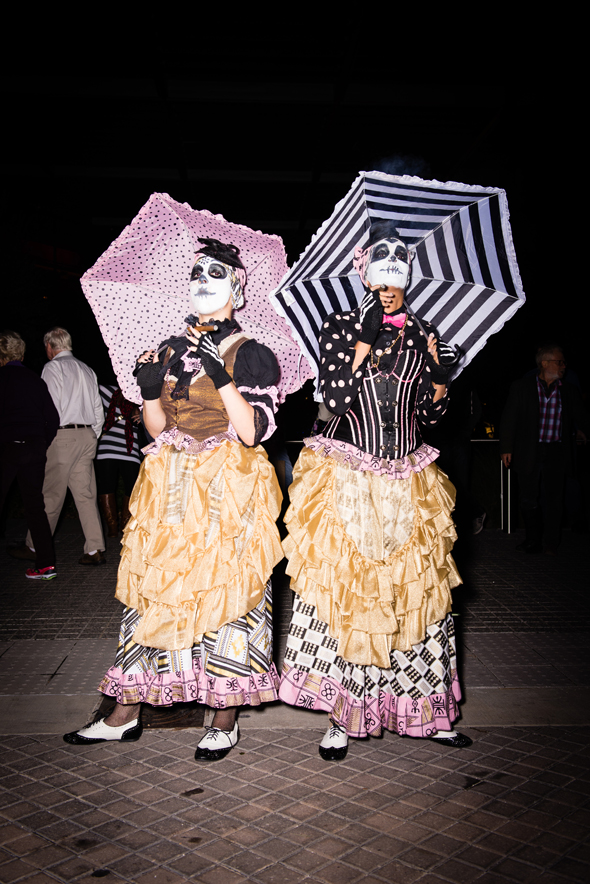 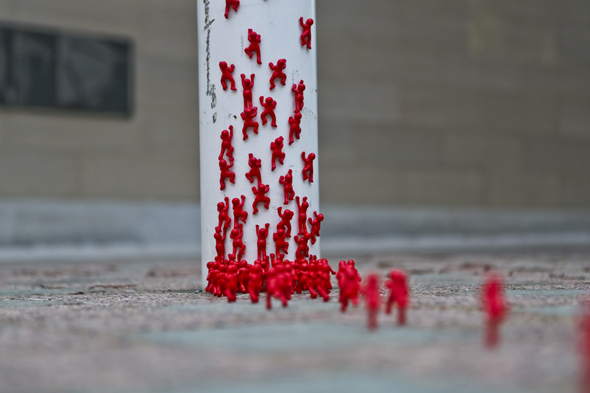 Sarah Lovas – “Towards The Light”; Photo by Mark Ford Photography