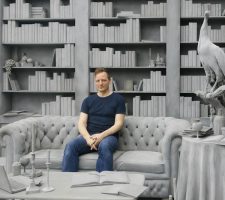 Article by Alison Hugill in Berlin // Apr. 14, 2017
Hans Op de Beeck’s expansive practice has been likened to interior or set design, as it draws from typologies of architectural modelling and scenography. Often, the Belgian artist creates spatial mock-ups in a…[read on]

Fantasy // Collaborating with Trolls in Venice: An Interview with Egill Sæbjörnsson 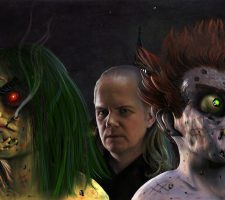 Article by Claudia Grigg Edo in Berlin // Apr. 12, 2017
Egill Sæbjörnsson is a Berlin-based, Icelandic visual and performance artist. He graduated from the Icelandic College of Arts and Crafts (now the Icelandic Academy of the Arts) in 1997 and studied at the University of Paris…[read on]

Fantasy // Underlining a Plausibility: An Interview with Deville Cohen 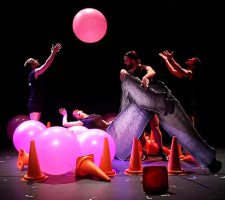 Article by Stephanie von Behr in Berlin // Apr. 10, 2017
Deville Cohen’s video, sculpture and performance works visualize an attempt to understand one’s immediate reality through metaphorical environments that undulate between function and fantasy. They reveal the confusion…[read on]

Article by Nat Marcus in Berlin // Apr. 03, 2017
Never have I felt more of a wariness of Übermensch masculine worship before moving to Berlin. ‘Gay mecca’ it may be, but one whose chosen people seem only to look like the men illustrated by Touko Laaksonen,…[read on]

Article by Candice Nembhard in Berlin // Mar. 31, 2017
Almost eighty years after its disappearance, the whereabouts of ‘Der Turm der Blauen Pferde’ (The Tower of the Blue Horses) by German Expressionist Franz Marc is still largely…[read on] 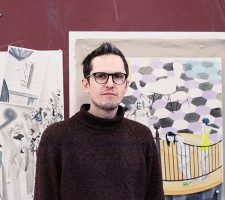 Fantasy // Choreography of Things: Mette Ingvartsen’s Escape from the Body 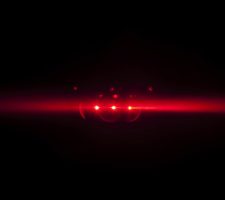 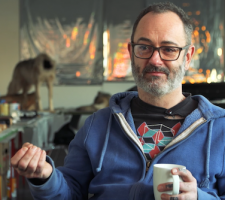 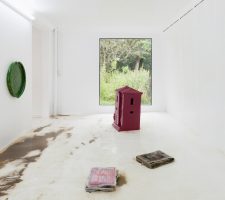 Fantasy // History and Myth: An Interview with Louis Henderson 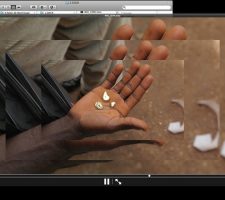 Article by William Kherbek in Berlin // Mar. 17, 2017
The interaction of history, myth and fantasy have long been key subjects in the filmic practice of artist Louis Henderson. His film, ‘The Sea is History’ (2016), taking its title from a poem by the British-St. Lucian Nobel laureate…[read on]