May 9, 2018
Artists of all disciplines and nationalities are invited to apply for this year’s fully-funded RK Residency in Tbilisi and/or Kachreti, Georgia. Founded by artist-curator Ria Keburia, the residency lasts between two…[read on] 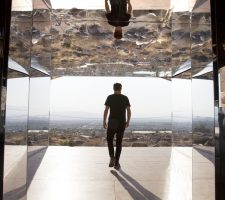 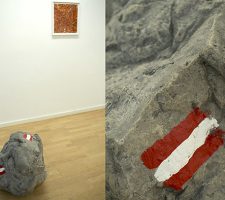 Tobias Becker returns to Berlin with a series of maps, conceptual representations of how the world might exist when breaking with convention. Until the 24th August we will have the opportunity to view his solo exhibition Eines Tages at Galerie Hunchentoot. This new project will be focused on temporality and how…[read on…]

This is the first retrospective study of Nancy Holt, the visionary American artista landmark companion book to the Nancy Holt: Sightlines exhibition. Holts wide-ranging body of work since the late 1960s includes Land art–particularly the monumental Sun Tunnels (1973-76), major works of …
[read on…]