Article by Caitlin Eyre // May 30, 2016
Austrian contemporary artist Erwin Wurm has explored the boundaries between sculpture, object and performance since the late 1980s. His latest solo exhibition, Bei Mutti (‘At Mum’s’), at the Berlinische Galerie…[read on] 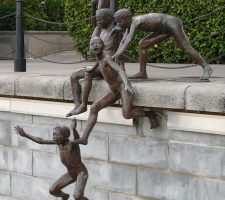 Cities // ‘Collecting the City’ at Galerie in Tempelhof Museum 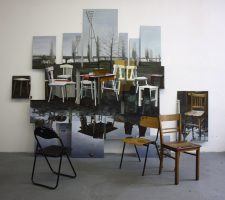 Article by Rebecca Partridge // May 26, 2016
Approaching Tempelhof Museum, the faded ornament of a late 19th century villa reveals a time when the village of Alt Mariendorf, a former ‘mansion colony’, stood apart from the patchwork that is now greater…[read on] 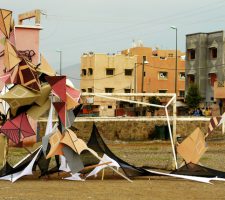 Cities // Systems of Control: An Interview with Romeo Alaeff 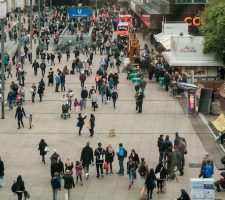 Interview by Alison Hugill // May 20, 2016
Romeo Alaeff is a Berlin-based artist from Brooklyn, New York. His zoomed out photographs of cityscapes, intricate detail drawings and abstract paintings all deal with a common theme: the many manifestations…[read on]

Cities // The Urban Divide: An Interview with Gods 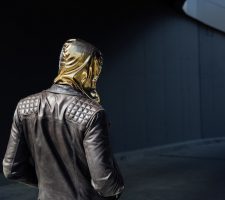 Interview by Alison Hugill in Berlin // May 19, 2016
Gods is a band and art collective with members based in Berlin, Cardiff, Cologne and Innsbruck. Despite the geographical divide, they manage to put out a steady stream of synth-pop and electronic music,…[read on] 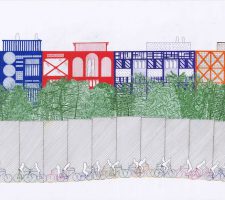 Interview by Nathaniel Marcus // May 18, 2016
American artist Jacob Dancy has been based in Berlin since 2014. In November, Bertrand Yom Gallery presented a solo show of his drawing series Stadt der Parks. The drawings depict imaginary sites of…[read on] 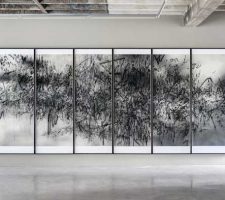 Article by Julianne Cordray // May 17, 2016
Realness of place—locatable in the details—is recontextualized within the expansive realm of the imaginary in a six-panel composite print, which comprises Julie Mehretu’s collaboration…[read on]

Cities // Another Side of Berlin: Citpelo at Hood Chiller 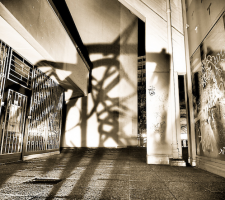 Article by Alice Bardos // May 16, 2016
A few moments of confusion may elapse before the full effect of the Hood Chiller imparts its späti-fied art gallery effect on viewers. Earrings, street wear, hats key chains an more are pressed tightly up…[read on] 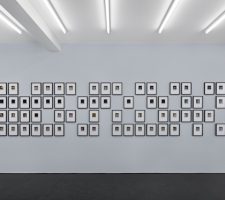 Article by William Kherbek // May 13, 2016
The image that drew me into the labyrinthine network of relations and references in the exhibition Living in the Radiant Cold at Delmes & Zander was that of a nondescript scene near the main railway station in…[read on] 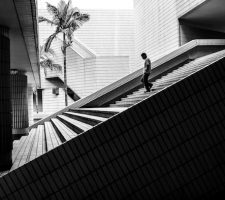 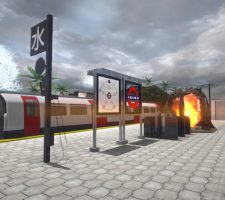