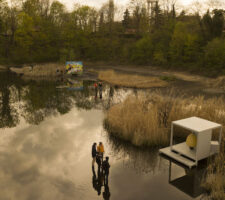 Less than one kilometer away from Berlin’s largest city park, the Tempelhofer Feld, lies a hidden gem that attracts the city’s culture and nature lovers, alike…[read on] 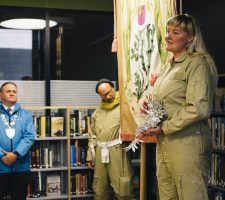 Oct. 12, 2019
The Lofoten International Arts Festival (LIAF) is a biennial art event that engages the artistic community of the Lofoten islands in northern Norway, as well as an international audience of artists and art enthusiasts…[read on] 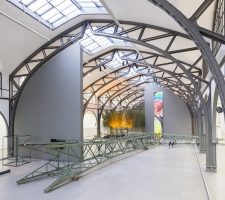 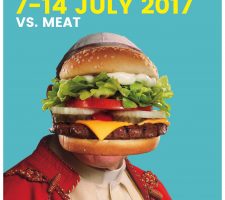 Article by Iman Vakil in Berlin // Jul. 03, 2017
From the 7-14 of July, The Food Art Week Berlin will wage war on the meat industry, demonstrating alternate modes of consumption. Experimental and fluid, the festival invites artists, chefs and intellectuals to…[read on]

Home // Sonntag at Home: An Interview with April Gertler and Adrian Schiesser 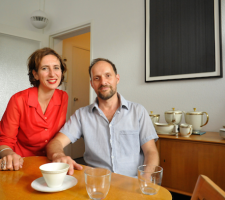 Article by Alice Bardos // Mar. 25, 2016
Artists April Gertler and Adrian Schiesser have been hosting art exhibitions in the intimate spaces of homes since 2012. Initially the project space, called Sonntag for the day they always take place on,…[read on]

Exhibition // Far From Any Road at NON Berlin 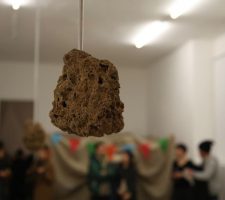 Article by Alena Sokhan in Berlin // Friday, Nov. 06, 2015
Why is it that we never run out of stories? Even the same story can be repeated and still entertain and stimulate the imagination. There are many stories to be found at the current exhibition…[read on…]

INTERSECTIONS // An Interview with NON Berlin

Contemporary Asian art platform NON Berlin has its based in Mitte, where the growing project space brings together artists, curators, and creatives from across Asia and Europe. Through different projects, discussions, exhibitions and residencies, NON Berlin has managed to connect…[read on…] 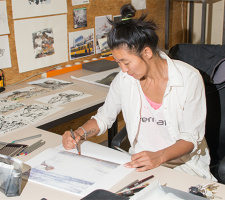 Anne Duk Hee Jordan’s studio is a cross between a metal workshop and a wunderkammer, neatly divided down the middle. Against the far window sill she has carefully…[read on]